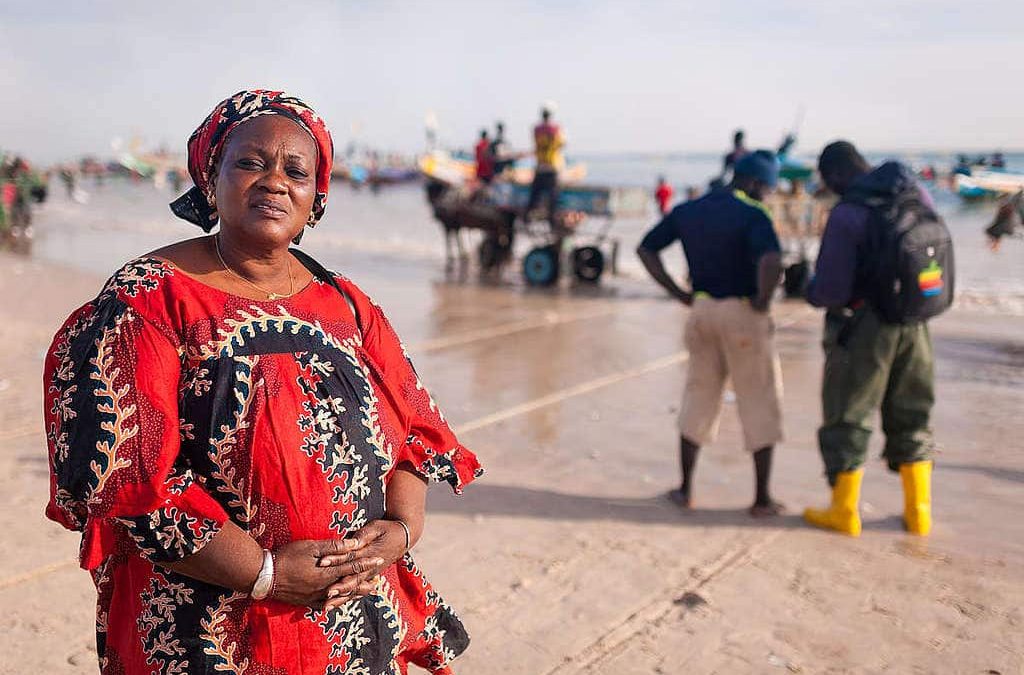 “During this health crisis, what we need is support to clean up and disinfect our processing sites, not more new fishing licences.” This is what Jaba Diop, the coordinator of the National Coalition of Female Fish Processors of Senegal against Fishmeal, has to say.

“For a long time, a large number of vessels have been granted fishing licences to fish in our waters. Their activities continue to put pressure on our fish processing work. The fish we used to see abundantly in the past, have disappeared.”

There’s been outrage in recent weeks over news that the Senegalese government will start a process which could lead to the issuing of 54 new licences to destructive, industrial fishing vessels from China and Turkey. Some of these vessels have been implicated in illegal unreported and unregulated fishing practices that were previously denounced by Greenpeace.

“Instead of thinking of supporting us and ensuring we are food secure during this health crisis, the government is considering granting new fishing licences to foreign vessels that collect everything in their path. It is for this reason that I am afraid,” says Fatou Samba, the president of female fish processors from the Khelcom processing site in Bargny, near Dakar.

Fatou, alongside thousands of other women in West Africa, process fish caught by local fishermen to provide a sustainable and affordable source of food and livelihoods throughout the region. In Senegal, fish makes up around 70% of the population’s animal protein intake. Like most places in the world, fish stocks are declining in West African waters as a result of overfishing. Unfair competition with large-scale fishing and fishmeal companies is making the situation even worse, threatening food security and jobs of people in the region.

This year, the World Food Programme estimates over 40 million people in West Africa will struggle to feed themselves in the next 6 months. That’s an additional 20 million people due to the socioeconomic impact of the coronavirus.

Fatou Samba and members of the artisanal fishery sector have been working hard to preserve the oceans that are vital for their families and populations. However, with the government measures to curb the pandemic, their fish processing activities are highly impacted. They can no longer gather on sites as before.  In the locality of Bargny, fishermen are now only working three days a week compared to seven days before the crisis. Their canoes can no longer move to other areas, meaning they can only access limited coastline with little fish.

Meanwhile industrial fishing vessels are continuing their activities without restrictions.

The stock of small pelagic (open sea) fish is already threatened. It has reached a worrying overexploitation status that was confirmed by most fish stock assessment and evaluation conducted by the FAO and the Oceanographic Center of Dakar-Thiaroye.

The time has come for the Senegalese government to scale-up its support for the local fishing communities which contribute to robust food systems that nourish people, and protect our oceans.

The time has come for the Senegalese government to scale-up its support for the local fishing communities which contribute to robust food systems that nourish people, and protect our oceans.

You can help, by signing this petition to show your support for these West African fish processors.

Awa Traoré is an oceans campaigner at Greenpeace Africa.