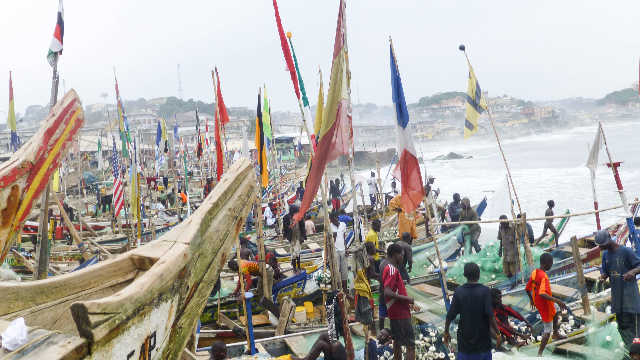 Fishermen at the Tema caneo beach on Thursday prevented fishermen from other fishing communities from landing at the canoe basin over the use of illegal fishing methods.

Nii Odamettey, Tema Awudum Chief Fisherman, told the Ghana News Agency that the action was to prevent the tanishing of the image of the Tema fishermen.

According to him, Tema fishermen would not be blamed for neferous activities of their irresponsible colleagues.

He said they learnt that even though Tema was the biggest fishing area, the Ministry of Fisheries and Aquaculture Development chose Prampram over them to perform the official opening of the sea after the one month close season because of such alleged practices.

He alleged that Tema fisherfolks were not even invited to the ceremony as they were accused of engaging in various illegal methods of fishing.

According to him, over 100 canoes land at the Tema Canoe beach daily from Nungua, Teshie, Prampram, among others, blaming those fishermen as the perpetrators of illegal fishing.

“We want everybody to land at their respective communities for the Ministry to know that it is not Tema fishermen who are engaging in those methods, “he said.

As to whether their actions would not lead to reprisal attacks on them at the other landing beaches, he said their action was only to get the attention of the Ministry for a dialogue after which the affected persons would be allowed to access the beach.

On the issue of light fishing, which he agreed some of the Tema fishermen were engaged in, he explained that due to activities of Chinese trawlers, the canoe fishermen do not get the needed catch and therefore used the light to attract the fish to their nets. Meanwhile, some of the fishermen had stated that they would not stop using light for fishing as that was the only way they could get good catches.