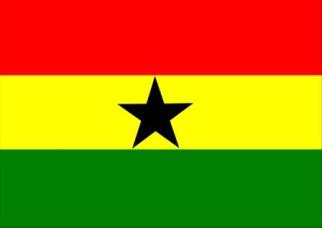 The Minister for Fisheries and Aquaculture Development, Hon. Sherry Ayittey, has condemned attacks on officials of the Fisheries Enforcement Unit (FEU) by some inhabitants of a village called Akplabanya in the Ada District on Saturday, September 27, this year.

Addressing the media on the gory incident in Accra on Tuesday, the Fisheries Minister said the attack should be condemned in no uncertain terms as the officials were engaged in the lawful duties in the said village.

She noted that a similar event had taken place on the Wednesday, August 13, 2014 when the Western Sector FEU was on their normal patrol at New Amanful, a suburb of Takoradi while the said officers were in the process of arresting some fishermen for using illegal monofilament nets in clear disregard of existing regulations, the team was attacked with stones, sticks and various other projectiles.

Hon. Ayittey said in both of these attacks, several policemen and Ghana Navy personnel were injured while vehicles belonging to the Ministries of Defence and Fisheries were damaged.

She said the resolve of the Ministry to stamp out fishery malpractices had turned Ghana into a net importer of fish and that the work of the FUE had given a glimmer of hope that sustainable management of the nation’s fisheries resource was possible in the country.

She gave the assurance that the necessary measures were in place to arrest and prosecute offenders in the fishing industry, adding that the several projects that the Ministry was undertaking with (had) the interest of fishermen as the motivation.

Hon. Ayittey disclosed that a modern cold store was under construction at Elmina in the Central Region and that the Ministry was in the process of building similar facilities at other places.

The Ministry, She said, was also in contact with importers of nets to ensure that there were adequate quantities of the correct type of nets on the market.