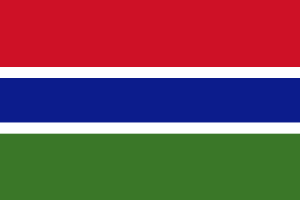 A new monitoring and management commission was on Friday inaugurated at the Tanji Fishing Centre in Kombo South, West Coast Region, tasked with the responsibility of ensuring responsible fishing along the coastline.

The initiative is part of a three-year project funded by the French Agency for Development (AFD), through the West African Association for the Development of Artisanal Fisheries (WADAF). This project, being implemented in seven West African countries, including The Gambia, has the objective of ensuring capacity development for the conservation, management and development of the fisheries sector.

Thus, the responsible fishing commission has been developed to raise standards in the sector. In addition, the commission is created in response to the needs of the seafood supply chain, to demonstrate commitment to the responsible sourcing of seafood and to address the issue of proliferation of pelagic (juvenile) fish catches. The commission will also ensure that vessels that operate within the industry follow good practice and guidelines to ensure that fish are caught responsibly.

The coordinator of the project in The Gambia, Dawda Saine, stressed that juvenile fish must be preserved whilst the big ones should be caught responsibly. Noting that there is a law that is being enforced, Saine called for behavioural change in the exploitation of the country’s marine resources. He indicated that The Gambia’s Fisheries Act has empowered community fishing centres to design their own operational standards to ensure the maximum utility of the sea, without posing any threat to the fish spices.

Whilst Senegal has already banned the use of mesh sized nets that catch juvenile fish, according to Saine, Gambia’s marine fish and fisheries resources remain under threat due to what he called irresponsible fishing related activities. He challenged the commission members to ensure that from henceforth, fishing standards are adhered to by the fisher folk.

The regional coordinator of the project, Marie Madliene Gomez, indicated that their target is to address and discourage juvenile fish catching in order to encourage a bigger fish population for sustainability. She explained that the project also seeks to empower the fisher folk in their work with the aim of bringing positive changes in the fisheries sector.

Gomez told the gathering that the project is being established in Tanji after exhaustive findings indicating that the centre needed support. She reminded the fisher folk that, they must always understand and recognise the importance of the pelagic fish.

One of the fishermen at the gathering, Assan Jallow, also called on his colleagues to act responsibly in their fishing activities, while urging the government to come up with a radical approach to address the issue of pelagic fishing. “If we do not stop catching the pelagic fish, we are not only posing a threat to the fish population, but also endangering our own livelihood,” he warned, while indicating that Tanji has the biggest problem when it comes to pelagic fishing in The Gambia.

AÂ representative of the Department of Fisheries, Yusupha Jassey, also reiterated the call for the fisher folk to desist from using small mesh sized nets on pelagic fish, and called on members of the commission to remain steadfast in the development of the fisheries sector.