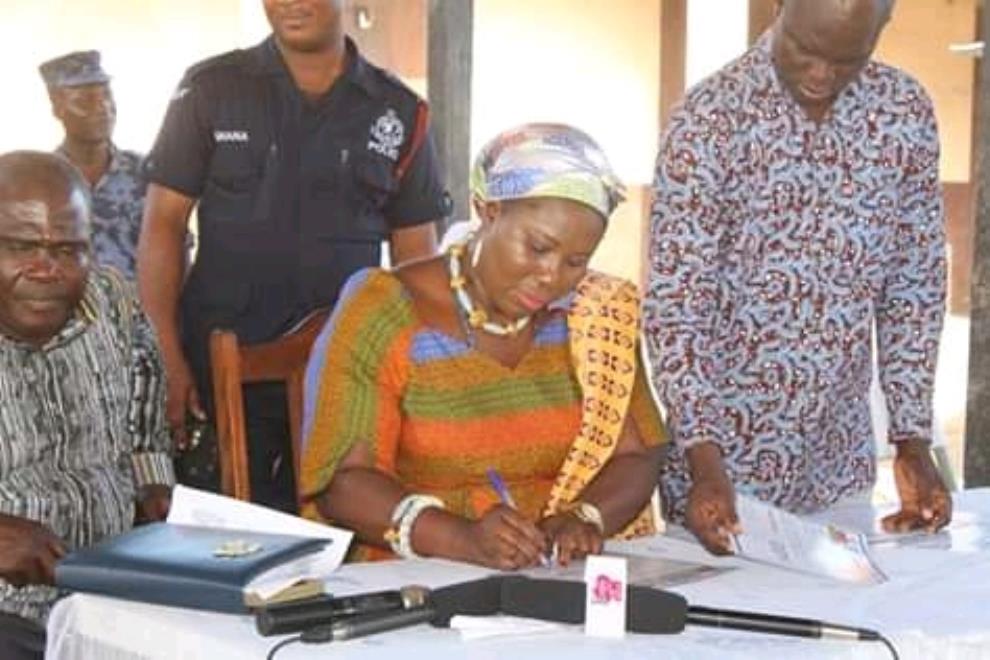 The Ministry of Fisheries and Aquaculture Development has signed a social contract with the fisherfolks of the Volta Marine on Tuesday, in two fishing communities of Adina and Anloga in a quest to ensure total commitment in adhering to the closed fishing season regulation.
The Ministry of Fisheries and Aquaculture Development has announced a closed fishing season for inshore fishers, from May 15 to June 15.
The Minister, Madam Elizabeth Afoley Quaye, told the fisherfolks that the fishing industry which is a major contributor to the country’s economy ’employing directly and along its value chain, an estimated 10% of the country’s population’ is fast losing its economic value and must be protected.
The leaders of the fishing communities who signed the social contract assured the Minister of their commitment to abide by the contract ensuring the fish stock is preserved.
The Minister also commissioned a landing site facility to facilitate the work of the fisherfolk in storing and selling their catches. The project also comes along with two market sheds and an area for smoking the fish.
Madam Afoley Quaye entreated the community to handle the facility with care and to make the best out of it. She also encouraged them to see the closed season as one of such interventions that are aimed at making their business more profitable and sustainable.