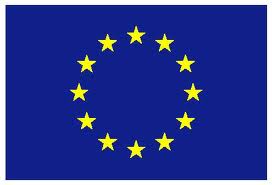 More than six billion euros committed by public and private actors to better manage the 70% of the planet – our oceans – at conference hosted by the European Union in Malta.
Oceans cover more than 70% of the planet. They produce most of the oxygen we breathe and absorb 30% of the carbon we emit. Three billion people world-wide depend on the ocean for their livelihoods. One billion people rely on seafood as their main source of animal protein. But the oceans face a multitude of threats, such as pollution, climate change, overfishing and criminal activities at sea.
The Our Ocean conferences are a response to these mounting challenges. In preparation of this year’s conference, the EU has successfully been working with governments, private companies and non-profit organisations from a wide range of sectors to mobilise ambitious and measurable commitments to action, ranging from smaller, but high-potential, innovative approaches to industry-scale global undertakings.
Selected commitments
Marine pollution is a massive problem with over 10 million tonnes of litter annually ending up in the sea. By 2050, our oceans could contain more plastic than fish. Among the many initiatives put forward at the EU-hosted conference were:

Marine protection – Less than 5% of the world’s marine and coastal areas are currently protected by law, even less is enforced. Yet, the 4th Our Ocean conference created important momentum and progress towards the UN’s 2020-target of 10% protection.

Maritime security is the basis for global trade and prosperity, but it is under threat – from natural disasters, to piracy, trafficking and armed conflict. The EU-led conference secured a significant step toward safer seas.

The blue economy is forecast to double towards 2030, from an estimated €1.3 trillion today. The theme was added by the EU to this year’s edition of the Our Ocean conference to foster stronger synergies between sustainable and circular ocean solutions and economic growth and employment, including in developing, coastal communities.

Sustainable fisheries are a prerequisite for continued access to sufficient, nutritious seafood for coming generations.

Climate change has very direct consequences for the oceans, with rising sea levels and increasing acidification among the most alarming.

The listed commitments are only examples. A full list of the commitments made during Our Ocean 2017 can be found here.

Starting in 2014, high-level participants from more than 100 countries have attended the Our Ocean conferences (hosted by the Governments of the United States in 2014 and 2016 and Chile in 2015 and by the European Union in Malta this year), including Heads of State or Government and ministers, companies ranging from large industry and the traditional fisheries sector to Silicon Valley tech, NGOs and philanthropic organisations. They have made over 700 concrete, measurable and tracked commitments. Next year’s conference will be hosted by Indonesia, followed by Norway in 2019.
Source:http://europa.eu/rapid/press-release_MEMO-17-3604_en.htm
Partagez