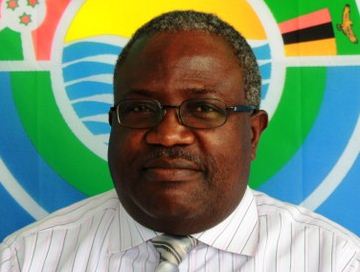 Fishing for a living in Lake Tanganyika has become a gamble, due to the escalating effects of climate change, pollution and unfriendly fishing gear which have reduced catches from the World’s second deepest lake.

“Fish production in Lake Tanganyika continued to go down in recent years,” Executive Director of Lake Tanganyika Authority (LTA), Dr Henry Mwima revealed recently when speaking in an exclusive interview with The Guardian in Bunjumbura, Burundi.

He stated that for the past six years, annual fish production in the 12million-year-old lake stood at 200,000 tones.

“These are just statistics, but we’re not sure whether the 200,000 tones harvested in the last six months remain the same right now.”

Lake Tanganyika is regarded as one of the world’s most biologically diverse lakes and reaches depths of about 1,470 metres, making it the second deepest after Lake Baikal in Siberia, Russia.

Its waters are stratified with cold bands, a feature of tropical lakes, but below about 250 metres the water is anoxic – devoid of oxygen.

Mwima further stated that LTA was seeking financial resources to carry out a baseline survey in the four countries, which will determine how many earn a living from the lake and the types of fishing equipment they use, so as to establish uniform regulations and practices.

“We are also looking into possibilities to start carrying out a massive awareness campaign on issues related to environmental management along the lake. This is to be held in all the countries sharing the lake.”

“Our existence will be meaningful if the lake is managed sustainably,” Mwima stated, underscoring the need to involve all stakeholders in the lake including small-scale fishermen.

Millions of people in the four countries with access to Lake Tanganyika rely on it for a living, and it is estimated that about 30.000 to 40.000 catch its fish.

Zambia and Burundi hold the smallest territorial claim to the lake, which measures 673km along its north-south axis and has an average width of 50kms.

DRC controls 45 percent and Tanzania 41 percent, but the focus of commercial activity on the lake is Mpulungu, land-locked Zambia’s only port. One fisheries expert said three-quarters of the fish passing through Mpulungu came from waters outside of Zambia’s territorial control.

Meanwhile, independent investigations have revealed that fish processing factories in the country are now at the verge of collapsing due to lack of raw materials, caused by persistent illegal fishing, which has reached crisis level on Lake Victoria and other water bodies countrywide — threatening lives of millions of Tanzanians.

At the moment, there is a significant reduction of production and export of fish from the Lake Zone because of illegal fishing, which has triggered a serious shortage of raw materials for the fish-processing factories, coupled with loss of jobs, government revenue and disappearance of natural marine resources.

Stakeholders in the fisheries asked the government and fisheries associations and organs to step up strategic interventions to halt illegal fishing in the country’s water bodies, which they said has adverse impact on millions of Tanzanians and the country’s economy.

“Currently, we (Tanzania Fish Processors Ltd) process 18 to 20 tonnes of whole fish per day against our production capacity of 120 tones per day. Our production in 2006 was over 55 tones a day, but this has been going down since…the government must take radical measures to stop illegal fishing, otherwise the sector will die a natural death,” said Vedagiri.

Reduction of fish is largely caused by rampant illegal fishing in almost all the landing centres on Lake Victoria, he said, observing that such fish takes informal routes to enter the regional markets.

He said Tanzania’s laws and regulations do not allow export of whole fish, but: “Whole fish is traded in considerable quantity in the neighbouring countries both for processing and for consumption. Whole fish is moved out to Kenya and to Uganda, processed and exported.”