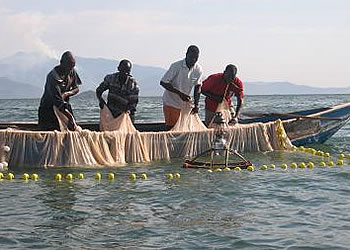 Illegal fishing cases in the Lake Victoria have significantly decreased in the past three years. Illegal cases decreased from 7,977 in 2008 to 5,592 in 2010 due to enforcement of fishing laws.

The Mwanza Regional Acting Officer in charge of fisheries monitoring, control and surveillance, Mr Lameck Mongo, told the ‘Sunday News’ on Saturday that according to the frame survey in Lake Victoria, it showed that the drop has come in the aftermath of several Nile Perch fishing crafts being grounded last year.

“This is different compared to previous surveys of 2006 and 2008, when illegal fishing cases were rampant in Lake Victoria,’’ he said. Illegal fishing has been reported to deplete greatly the number of Nile perch in the lake. Mr Mongo highlighted that apart from illegal fishing, there is a challenge towards the fisheries department of not having enough working facilities with which to enforce the law. “You need to have enforcement in order to have compliance of laws and regulations pertaining to sustainability of fishery resources,” he said.