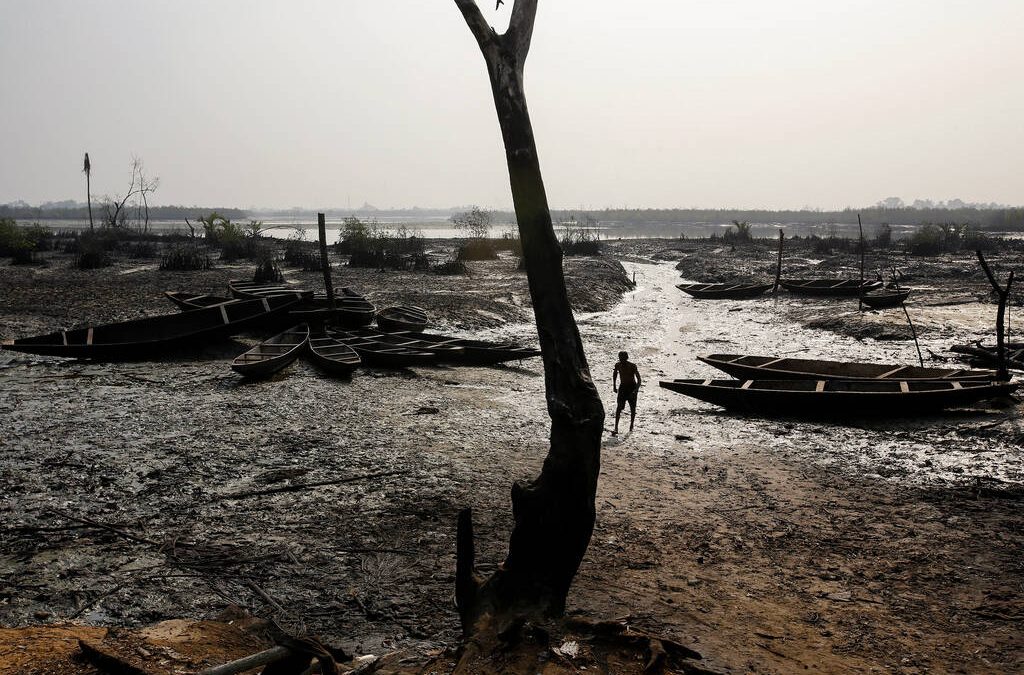 Shell has agreed to pay $16m (£13m) to four Nigerian farmers and their communities to compensate for damage allegedly caused by pollution coming from leaks in its oil pipelines.

The sum was agreed upon in negotiations between the oil company and the campaign group Friends of the Earth.

But it is being given on the basis of “no admission of liability”, a joint statement says.

Nigeria’s oil industry has been a major source of environmental damage.

The oil spills, in this case, happened from 2004 to 2007 and the payout follows a decision last year by a Dutch court that the Nigerian branch of Shell was responsible for the damage.

Shell had argued that the leaks were a result of sabotage.

Shell’s headquarters were in the Netherlands until early this year. Campaigners hailed the 2021 court decision as the first time a multinational had been deemed legally responsible for what a subsidiary did.

“Thanks to this compensation we can build up our community once again. We can start to re-invest in our living environment,” Eric Dooh, the son of one of the farmers who launched the case in 2008 alongside the Dutch branch of Friends of the Earth, said.

The money will be going to communities in Oruma, Goi and Ikot Ada Udo.

Although the amount of compensation is not huge, this development is seen as a milestone for rural communities across the Niger Delta region and environmental activists, the BBC’s Ishaq Khalid reports.

Oil pollution continues to damage the health and livelihoods of many in the area.

The four farmers who began the case – Barizaa Dooh, Elder Friday Alfred Akpan, Chief Fidelis A Oguru and Alali Efanga – said the leaks from underground oil pipelines had cost them their livelihoods by contaminating land and waterways.

Mr Efanga and Mr Dooh have died since the case was first filed so their sons pursued the case instead.

As well as compensation, last year’s court ruling ordered Shell to set up a leak early detection system. This has now been installed, the joint statement by Shell and Friends of the Earth said.