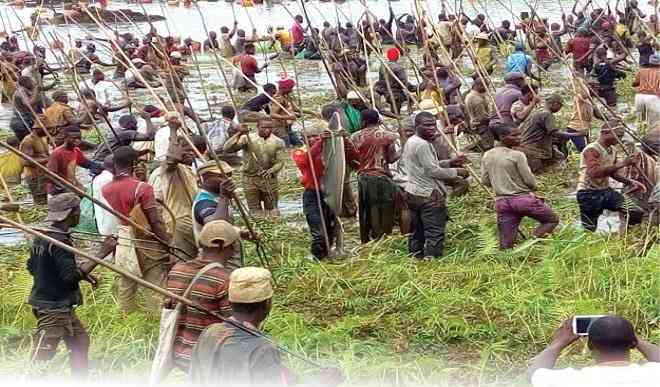 The Fisheries Cooperative Federation of Nigeria Ltd. has appealed to the Federal Government to include fishermen in its policies and programmes to boost the productivity of the country’s river basins.

The National President of the group, Mr Anthony Ashagye, made the call in an interview with News Agency of Nigeria (NAN) in Abuja on Thursday.

He said that the non-inclusion of fishermen had resulted in the low productivity of water bodies across the country.

“We live with these people who perpetrate illegal acts in our waters; so, we can become informants to the government but if the police come in their uniform, they only look at them with disdain.

“The committee is set up to police the water bodies to ward off those who are coming to Nigeria to fish in our waters.

“They control and monitor what is happening in the sea. It is not right for the government to set up a committee like that without involving all the stakeholders.

“Government should not be beating the drum, while singing and dancing at the same time.

“They should include fishermen in the committee set up to monitor and protect all the water bodies so as to ensure that nothing wrong is going on in our waters.

“The fishing industry involves livelihoods and therefore, anything that the government is doing on the welfare of Nigerians in that sector should also involve the fishermen, as we can also give good advice,’’ he said.

Ashagye, however, appealed to the Federal Government to support the fishing industry by providing subsidised fishing tools for them to enable them to boost their productivity and meet local demand for fish in the country.

NAN reports that members of the cooperative group include fishermen, fish farmers, processors and traders.

NAN recalls that the Federal Government in October 2017 engaged an Israeli security firm to oversee the security of the nation’s waterways at the cost of 186 million U.S. dollars.