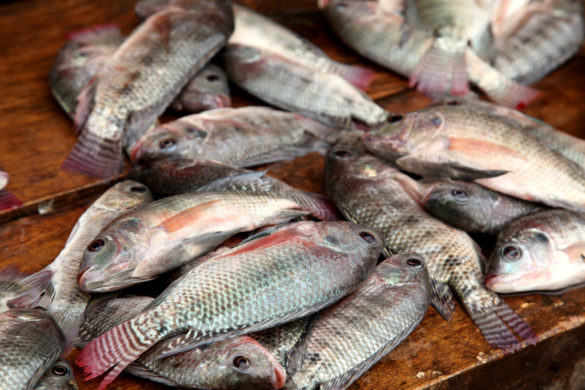 FishNet Alliance has raised the alarm that Genetically Improved Tilapia Fish were on their way to Nigeria and would arrive this month.

The organisation noted that the improved tilapia is being introduced into the country following an inclusive agreement on Genetically Improved Farmed Tilapia (GIFT) programme, signed between WorldFish and Premium Aquaculture Limited, a Nigerian firm.

They also revealed that Bill and Melinda Gates Foundation (BMGF) and the United States Agency for International Development (USAID) have collaborated with WorldFish to ensure that GMO tilapia fish is in the country’s fish markets by the end of 2023.

FishNet Alliance expressed concern that the genes used to improve the tilapia fish may have come from a variety of organisms, such as coral, mice, bacteria, or even humans. They alleged that the fish was produced to suit industrial aquaculture models without regard for possible ecological and environmental concerns.

The Coordinator of the organisation, Stephen Oduware in a statement yesterday, in Abuja stated that the improved tilapia will not tackle the root cause of challenges in the fisheries sector, neither will it solve the hunger and malnutrition problems in the country.

According to him: “The issues affecting the Nigerian fisheries sector include pollution due to oil and gas and other minerals exploration and exploitation; insecurity and piracy; illegal, unreported and unregulated fishing activities of national and international trawlers – leading to overfishing of both target and non-target species of fish; and destruction of the mangrove forests among others, saying they are matters that government should focus attention on.

He mentioned that while implication of having genetically improved tilapia released into the wild is yet to be known, research has shown that releasing as little as 60 fish into a wild population of 60,000 would lead to the extinction of the wild population in less than 40 fish generations.

He wondered if the firm consulted with stakeholders and consumers before the so-called inclusive agreement that opened the door for the tilapia specie was signed.