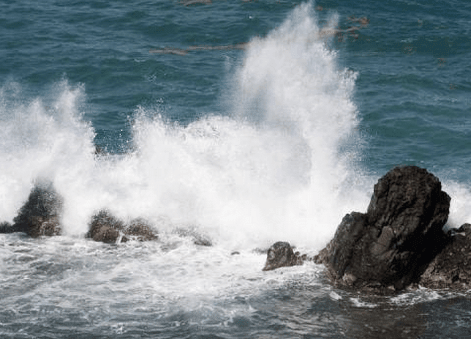 They represent unique habitats with high biodiversity and important habitats for some fish species like ling, redfish and tusk.

Coral reefs are spread out over the shallow seas of the world’s tropical regions. About one quarter of the 500,000 animal species living in the world’s oceans inhabit areas with coral reefs.

Some fish species, which live in the outer seas use the reefs as spawning grounds – to raise their juvenile fishes.

Living corals have different colours – purple, brown and green, but these are actually the colours of microscopic single-celled algae known as zooxanthellae, which live symbiotically inside the body of the coral.

In part, the corals excrete the organic matter as a viscous liquid, providing nutrients for tiny creatures, forming a base for the rich marine ecosystem.

Discovery of Coral Reefs in Ghana

According to the vessel, Ghana’s coral reefs are located in the western part of the country, near the border with La Côte d’Ivoire, about 400 metres deep in the ocean, 1.4 kilometres and 70 metres high.

The vessel charges a fee of US$700,000 per day to undertake scientific exploration in the sea.

Functions and Importance of Coral Reefs to the Marine Ecosystem

Coral reefs protect coastlines from the damaging effects of waves and tropical storms. Added to that is the provision of habitats and shelter for marine organisms.

They are sources of nitrogen and other essential nutrients for marine food chains, assist in carbon and nitrogen fixing as well as help with nutrient recycling in the ocean.

This is why large numbers of marine species live in reefs whilst many a fish spawn there with juvenile fishes spending time in reefs before making their way to the open sea.

Dr. Isaac Okyere, a Fisheries and Coastal Ecosystem Scientist, Department of Fisheries and Aquatic Science, University of Cape Coast, in a chat with this writer, said the Department has been conducting surveys into the fisheries sector relating to pollution of the ocean, maturity of fishes, production and management of landing beaches.

The major factors that affect the health and function of Ghana’s coral reefs are climate change and water pollution, cause by illegal mining, especially in major rivers like Ankobra, Pra and Tano in the Western Region whose tributaries’ end up in the sea.

It is therefore important for the government and other fisheries sector stakeholders to develop strategies to protect the reefs from total extinction.

To quote Dr. Okyere: “Ghana’s coral reefs are deep water reefs and are productive ecosystems that provide food for marine life, but unfortunately, they are almost dead because they are highly covered by sediments due to pollution of the sea.

“It means that there are lots of flows of sediments to the sea because the major rivers that feed our ocean are Ankobra, Pra and Tano, and all of these rivers have been polluted through the activities of illegal miners.”

The mercury, lead and other heavy metals, they have been using, are washed into the ocean.

There cannot be any doubt that if steps are taken to stop the pollution, the dying corals have the potential of rebuilding themselves.

We need to check the inflow of sediments, illegal mining, the use of dynamite and poisonous chemicals like DDT in the ocean because it takes about 20,000 years for them to grow. We certainly need to appreciate the long period it takes them to grow.

Dr. Okyere notes that the nation does not have the capacity to manage her coral reefs because there is no research vessel here to monitor them.

He adds; “As a nation, we should have our own research vessel that can consistently take sample water from the ocean, in order to get timely and accurate data to take decisions on our marine environment.”

It deeply troubling the continued pollution of the country’s lagoons – Brenya in Elmina, Chemu in Tema, Korle Lagoon in Accra, and Essei Lagoon in the Sekondi-Takoradi Metropolis are all being polluted with lead, acid, paints and other harmful chemicals – killing all the marine life in these water bodies.

Research conducted by the Department of Fisheries and Aquatic Science, University of Cape Coast confirms the dwindling fish stocks including common pelagics as a result of the wrong use of fishing gears, destructive fishing methods, environmental pollution and catching of fingerlings.

This requires strict enforcement of the fisheries laws. Stringent measures would have to be put in place to protect the ocean environment, the estuaries and lagoons in good condition since these serve as the spawning grounds for the fingerlings.

The discovery of the coral reefs in the country’s waters is anticipated to boost ecotourism as being seen in countries like Kenya, Tanzania, Madagascar and Norway.

Coral reefs ecotourism has been successful in many developing countries including Indonesia and Philippines. It is gradually picking up in East Africa.

Only a handful of tourism operators worldwide run coral reef expeditions and safaris.

The Great Barrier Reef generates more than 1.5 million Australian dollars to Australia’s economy annually. This comes through fishing and ecotourism.

I consider that it is time the government, through the Ministry of Tourism, Arts and Culture, took a critical look at how to harness the tourism potential of the country’s coral reefs to boost domestic revenue mobilisation.

There is however hope for the future. The Head of the Petroleum Department at the Environmental Protection Agency (EPA), Mr. Kojo Agbenor-Efunam, says the areas the coral reefs are located are marine protected zone, therefore, no fishing or oil exploration activities are going to be allowed there.

Participants at the national fisheries dialogue in Accra also called for the introduction of an electronic monitoring system (EMS) on all fishing vessels operating in the country’s territorial waters.

This would aid the capturing of all activities onboard the vessel and to forward that directly through satellite imagery to a central database onshore.

The move is going to help bring down illegal fishing practices on the high seas, to help rejuvenate the dwindling fish stocks and promote sustainable fisheries management.

These groups want the Fisheries Commission to publish the names of offending canoes and fishing vessels.

It should not just end there, any infractions must be punished to serve as deterrent – that is the way to go.