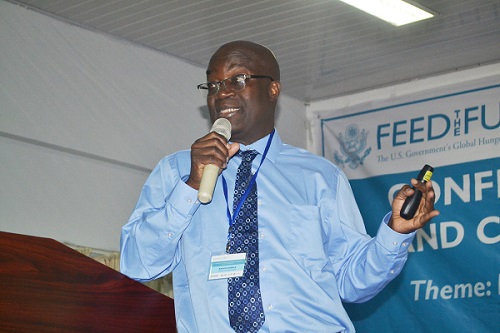 AN oceans and fisheries economist at the University of British Colombia, Canada, Professor Rashid Sumaila, has urged Ghana to scrap fuel and other fisheries subsidies given to fisher folks as they are the major cause of over-exploitation and depletion of the sea.

Instead, he said such allocations should be redirected to other areas of the blue economy such as aquaculture and other alternative livelihood ventures that would be more beneficial for the fishing communities and help sustain the sector.

The Professor was speaking on the topic ‘Global Trends in Fisheries in the context of the blue economy; implications for Ghana’ at the opening of the second Conference on Fisheries and Coastal Environment in Accra, yesterday.

More than 200 national and international stakeholders in the fisheries sector are attending the three-day event on the theme, ‘Fisheries and coastal governance in contemporary times.’

It is being organised by USAID Sustainable Fisheries Management Project (SFMP) and the USAID-University of Cape Coast’s Fisheries and Coastal Management and Capacity Building Project (USAID-UCC/FCMCBP) in collaboration with the Fisheries Commission.

The conference is to highlight achievements, opportunities, lessons learned, and key challenges associated with the implementation of the two aforementioned fisheries projects under the USAID’s Feed the Future Assistance to Ghana.

The two projects, implemented over the last five years, are aimed at helping reduce poverty reduction and secure national food security and nutrition.

Explaining why fisheries subsidies were incentives for over-fishing, Prof Sumaila said the subsidies had made it easier for anyone to fish, leading to increasing number of canoes and depletion of the fish stock.

Aside that, he said of the 34 billion dollars allocated to fisheries subsidies globally by developing countries ,  including Ghana, only 60 per cent of funds reached the small scale fishers.

Although he said the country was making some progress to save the marine sector, the country needed to improve national fisheries management, enforce laws on illegal fishing, check marine pollution and focus more on blue economy.

Prof Sumaila said the fisheries sector was critical because it generated one billion dollars per annum for the country; accounted for at least 4.5 per cent of the country’s Gross Domestic Product (GDP), employed 2.4 million people and accounted for 60 per cent of animal protein consumed.

He attributed the feat to collaborative efforts by all stakeholders and while reaffirming the USAID’s commitment to “see Ghana succeed”, he called for stronger partnership to safeguard the sector.