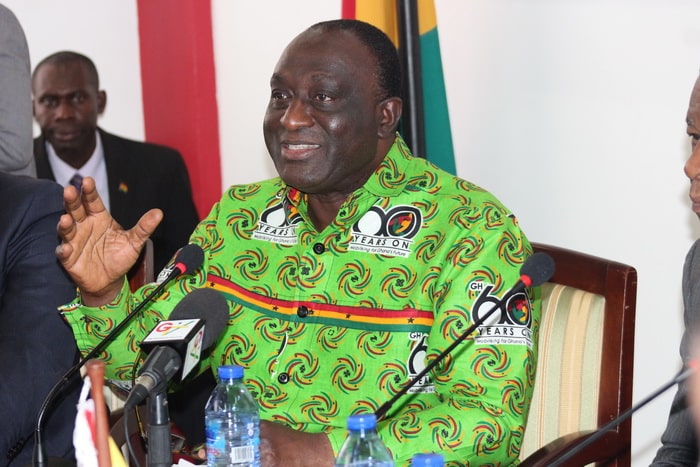 The European Union (EU) has placed food imports, including fish, from Ghana on red alert after series of consignments to the region were found to have been smuggled or mislabelled.
The union has since the beginning of this year issued more than 50 alerts on the issue in which it repeatedly warned “Ghanaian authorities” that the continuous smuggling and mislabelling of products into the region would result in the blacklisting of our food imports.
The EU is one of the country’s biggest export destination for canned tuna and other fish types.
Beyond the warnings, documents available to the Graphic Business indicate that EU officials are already subjecting food imports from Ghana to tougher checks, after moving the country from the category of a moderate risk importer to a high risk importer.
Notable among the food products identified are groundnut kernels, peanut butter, smoked fish, tinned mackerel and palm oil.
On July 9, the EU Directorate-General for Health and Food Safety issued a dossier to the Ghana Mission in Brussels, detailing instances of Ghanaian exporters smuggling unacceptable food products into Europe in the first half of the year.
The mission is also in charge of the Grand Duchy of Luxembourg and the EU.
Rejection notice
One of the EU documents, titled ‘border rejection notification,’ on the illegal export of smoked fish, said: “The exporter (name withheld) with approval number GH00001522 has been notified four times in the past three months and Ghana has been notified 12 times in relation to attempts to illegally import in the past six months”.
Another said: “Ghana has been notified 13 times in relation to attempts to illegally import groundnut kernels in the past six months”.
“Product rejected due to lack of health certificate and aflatoxin test report as per 884/2014 and attempt to illegally import a controlled product into the UK, another notice said.”
The paper understands that these products were sent illegally out of the country, meaning that they were smuggled under the noses of law enforcement officers at the relevant ports of exit.
As a result, some of them were mislabelled while others were not labelled at all or not declared in the accompanying export documents, one of the notifications said.
Danger
A source familiar with the EU border control systems told the Daily Graphic in an interview on August 9 that whenever there was a non-conforming product arriving at the EU borders, they raised an alert against the country from which the products were being exported.
“So all these documents are official alert notifications which have been raised against Ghana,” the source said.

The source explained that for certain sensitive products, the EU required certain specific certifications accompanying them so that once the products did not have the right certifications, they would be rejected at the border.

“So it works like a traffic light system, when everything is fine, it is green but when your country starts exporting non-conforming products, you are warned and these are the warnings, so it is like get ready, if you do not find a way of preventing these food products into the EU, Ghana is going to be stopped completely from exporting food products that fall into these categories into the region,” the source said.
Weak export regime
Reacting to the development, the Director General of the Ghana Standards Authority (GSA), Professor Alex Dodoo, told the Daily Graphic in an interview last Monday that the current regime for pre-export inspections needed to be tightened to prevent EU sanctions.
“The current regime for inspections prior to exports lacks rigour with several products not being accompanied by the necessary export and testing certificates and it requires an urgent and radical overhaul to bring it in line with international best practices,” he said.

However, the Director of Multilateral, Regional and Bilateral Trade at the Ministry of Trade and Industry, Mr Anthony Nyame-Baafi, in a separate interview last Friday, said although the rejection notifications had not come to his notice, when such issues came up, the Customs Division of the Ghana Revenue Authority (GRA) would be alerted to be extra vigilant to ensure that food products with special requirements were accompanied with the right certifications.

“We alert Customs so that they conduct due diligence when they are screening to ensure that these smugglings are curbed,” he said.
Right certification
He explained that some food products such as fish required certification from the GSA due to an arrangement with the EU Commission to ensure that they met the standards of the EU market but were sometimes smuggled by travellers who may not necessarily be exporters.
He said the ministry would, therefore, ensure that exporters were educated on the need to secure the right certification to reduce the rate of rejection.
“Based on the notifications, we advise the exporters and we alert the Exporters Association or the Federation of Associations of Ghanaian Exporters (FAGE) that they should engage the people.
“So the more we educate the people, we become more convinced that the rejection rate will minimise,” Mr Nyame-Baafi said.