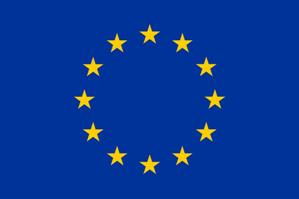 Mr. Christopher Ackon, the Programmes Officer of the Infrastructure and Sustainable Development section at the European Union (EU), says the EU will continue to support the sustainable management of fisheries projects in the country.
He said the EU would continue in its efforts to ensure that the fish stock are safeguarded.

Mr Ackon was speaking at the opening of a two day workshop for fifty (50) executives of the Ghana National Canoe and Fishermen Association in Western and Central Regions, inshore fishers, canoe owners and fishers from Dixcove and Anomabo, representatives from Fisheries Commission, Marine Police, Fisheries Enforcement Unit, Navy, European Union and Civil Society Organizations from the Central and Western Regions at Takoradi.

The workshop centered on stakeholder support in addressing Illegal, Unreported and Unregulated (IUU) fishing expeditions through electronic and manual recordings that conform to expected standards.
And it was organized by a consortium of NGOs including Care International, Friends of the Nation and Oxfam International.
The “Far Ban Bo Project” which seeks to ensure sanity in the fishing industry, is being funded by the European Union at a cost of 3.3 million Euros.

Mr Ackon said the EU would continue to play its advocacy role to manage the governance of the existing fish stock since it is a valuable resource adding that the EU was also exploring possibilities of creating additional livelihoods for the fisher folks such as the Village Saving and Loan Association(VSLA) to better their lot.

He said his outfit would fashion out an equitable co-management policy and build the capacity of women to stem the tide of illegal fishing.
On the upsurge of IUU fishing activities, Mr Yamoah attributed it to weak enforcement of the fishing laws adding that the formation of community monitoring groups would help highlight such concerns.

He said the IUU community monitoring groups would be piloted in five communities which comprise 4 coastal and one inland communities namely: Dixcove, Anomabo, James Town, Kedzikope and Kpando-Torkor.

He said there is the need to team up with the Canoe Council to fashion out a common path on how to report activities on the seas, with regards to IUU fishing expeditions.

Mr Donkris Mevuta, the Executive Director of Friends of the Nation ( FoN), thanked the EU for funding the Far Ban Bo project to inject sanity into the fishing industry.

He said the FoN, in collaboration with others, would play a pivotal role to manage the precious marine resources.
ACP Iddi Seidu, the Director of Marine Police, called for stronger partnerships between the community, the Fisheries Commission, the Police and fisher folks to stamp out unfriendly and outmoded laws and practices.
He said there is the need to build trust and confidence between the community police and the fisher folks to volunteer information to their office for action.
He called for the establishment of marine police posts at strategic landing beaches along the shores of the country.