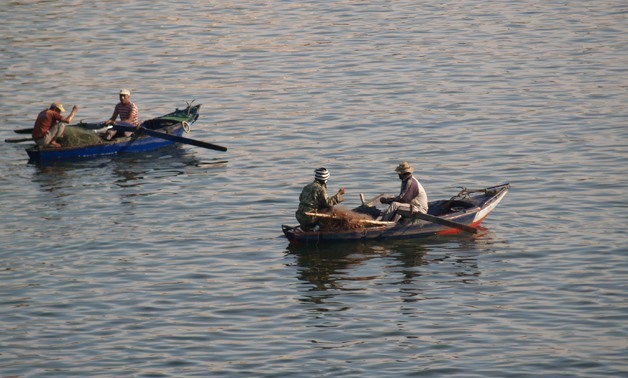 CAIRO – 16 July 2019: Egypt’s fish market is vulnerable due to pollution, where industrial and agricultural wastes lead to the spread of viral and bacterial diseases, thus collectively accumulating an increase in prices.
Hussein Abdul Rahman Abu Saddam, the allocated general commander of the farmers, stated that the natural fisheries in Egypt include “the Nile River, the canals, the banks and the lakes.”
He also explained that pollution would correspondingly affect the fish, which would consequently lead to a low fish supply. This, in turn, would force prices to elevate – due to the lack of fish. Abu Saddam emphasized that fish farming is inclined to specific dates, where tilapia is bred on the first of April, and fishing takes place in October and November every year.
It was reported that residues of aliphatic and polycyclic aromatic hydrocarbons (PAHs) were found in some fish species collected from Temsah Lake, near Ismailia, Egypt. Another study in Suez Canal region proved the presence of 17 β-estradiol (P <0.05), which initiated a global concern over the existence of esterogenic residues in aquatic ecosystems. Contaminated fish leads to a decrease in biodiversity, and severely affects ecosystems and food chains.
According to the Egyptian Organization for Human Rights, approximately 38 million Egyptians drink polluted water. This sheds light on the fact that Egypt’s water pollution does not only affect fish, but also humans. The consumption of polluted water leads to infectious diseases, such as cholera, and typhoid.
Egypt has made significant progress in fish farming, with its production reaching 1.8 million tons, over 80 percent being fish farming. According to Minister of Agriculture and Land Reclamation, Ezz El Din Abu Steit, Egypt ranked first in Africa and eighth in the world in the fish farming sector.