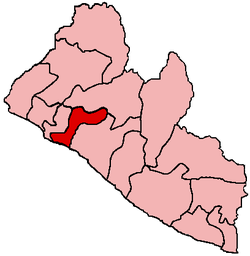 There has been a global trend in recent years towards more fish and fish products being sold in fresh chilled or frozen form, as opposed to the traditional forms of preservation in developing countries of salting or drying. This is partly the result of greater availability of ice and cold storage facilities in developing countries, but also due to the increased demand for frozen/fresh imports in developed countries. Given the location of Liberia    and current and planned flight connections, the EU and U.S.A   are likely to provide the main overseas markets for high value fresh/chilled products in the future. Of course, strong demand for traditionally processed products still remains in the region.

Buyers and regulators in developed country markets have become increasingly stringent about the quality, health and hygiene standards, and traceability/labeling of products sourced from overseas. Concerns over these issues have resulted in a wide range of legislation governing trade in fish products with which exporters must comply, along with various assurances about supplies of product now required by buyers in overseas markets. Regulations have increasingly shifted the burden of responsibility for controlling the quality of exports to exporting countries.”

Exports of fish from Liberia can theoretically take two forms. Either fish can be landed and then exported, or foreign vessels paying a license fee and an export tariff can catch it, and either land it overseas or transship it at sea. ” There are currently no exports of frozen or fresh product from Liberia, and virtually no exports of smoked products to regional markets although it is anecdotally reported that some women fish processors do occasionally export small quantities. ”

At the time of writing, BNF data show just 230 tonnes of transshipped/exported product for 2007 to date. However, given the complete lack of any form of MCS in Liberian waters, it is likely that illegal and unreported exports from transshipments are very significant.” Fish imports are recorded as being 4,738 tons in 2004, 11,072 tonnes in 2005, and 2,562 tons for the first half of 2007. Due to a large discrepancy between the fee charged on locally-caught and landed product ($25/ton) and the duty charged on imports ($2/tonne), it is very likely that a proportion of ‘imports’ is in fact product caught in Liberian waters, frozen at sea, and then brought in as imports by reefer vessels having been transshipped at sea from fishing vessels.

Artesanal fish landings were estimated to be 7,700mt in 2004 (CAAS-Lib, 2007), while BNF data on industrial catches (all made under individual vessel licensing arrangements rather than any bilateral agreements) show an average annual reported catch over the period 1997 to 2006 inclusive of 7,682 tons. Such figures are likely to be a significant under estimate. Tuna catches are primarily caught by purse seine vessels, and destined for tuna canneries. ICCAT data suggest that there are good levels of tuna catches in the West African region in and just outside the Liberian EEZ, and that catches of yellowfin, skipjack and bigeye tuna taken in the Liberian EEZ averaged around 5,000 tons over the period 1990 to 2002.

Note: pelagic estimates are for small- and epi-pelagic species, not tuna and tuna-like species.

A potentially promising possibility for revenue generation from the sector is recent interest shown by the EU in signing an FPA with Liberia. Such an agreement would provide an immediate way of providing much needed increases in revenue and foreign exchange to the government. Revenue would be provided in the form of compensation by the European Commission for access to fish resources and to improve/support fisheries policy and its implementation in agreed areas, as well as from license fees from vessels operating under the agreement. Even if fish wasn’t landed in Liberia, such payments can be considered ‘export revenue’, and fish caught as a form of ‘exports’.

Potential revenue could be in the order of $750,000 to $1-2 million per year depending on the species and quantities provided for in an agreement. Such an agreement, while offering potential benefits, would however need to be carefully structured to include appropriate zoning, species, fishing methods, vessel numbers/GRT, and tonnages, so as to prevent any negative impacts on catches made by local fishers.

The Government in Liberia is not well-equipped to deal with an FPA and requires urgent support to prepare for a potential fisheries partnership agreement (FPA), so as to maximize its potential benefits and minimize any potentially negative consequences (such as conflicts with and impacts on the domestic small-scale sector).

Necessary preparation involves both being ready for the negotiations, and being ready to handle the obligations that would result from an agreement. The former should be achieved through a regional study tour to other countries that have already signed FPAs. The latter requires careful analysis of the obligations involved and appropriate planning for how to deal with them; the institutional assessment of the BNF proposed above would contribute significantly in this regard.”

Other issues related to sector governance that require attention and action include: The need to develop management plans for some selected key fisheries. The selection of fisheries should be based on a consultative process, and comanagement should be a fundamental principle of such plans;

The need for a fisheries sector research strategy to be completed to address the fact that virtually no fisheries research is currently conducted; The need to increase license fees.

These could conceivably be increased tenfold so as to be comparable with fees in Sierra Leone, raising license fee revenues immediately from $113,000 to $1+ million per year; and the need for a specific development plan for inland fisheries and aquaculture focusing on economic viability of different production systems and species, and extension services and technological transfer”.