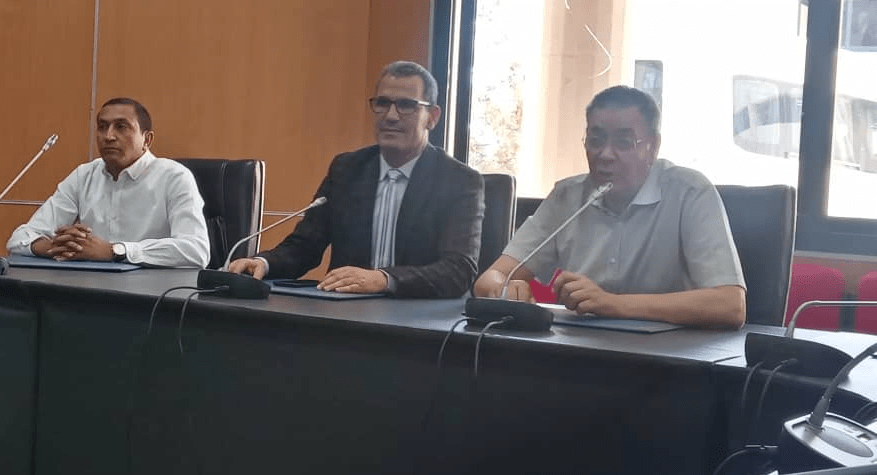 The Executive Secretary of the Ministerial Conference on Fisheries Cooperation among African States Bordering the Atlantic Ocean (ATLAFCO) Secretariat in Morocco, Mr Abdelouahed Benabbbou, has called for a regional effort to help fight the growing menace of illegal, unreported and unregulated (IUU) fishing practices in Africa, particularly in West Africa.

Mr Benabbbou said this in an interview with Graphic Online on the sidelines of a three-day seminar organised for 22 selected journalists and media practitioners from the ATFLAFCO member states in Agadir, Morocco, on May 5, 2022.

The seminar, which was on the theme: “Medias for sustainable development of fisheries and aquaculture’’ was organised by the ATLAFCO Secretariat in collaboration with the Media Observatory for Sustainable Fishing in Africa (MOSFA), a network of fisheries journalists in Africa.

The seminar was meant to provide the beneficiary journalists and media practitioners new insights into the fisheries sector and the communication tools needed to present the most pressing issues of fisheries and related coastal issues, climate change, erosion, land use planning and aquaculture issues such as pollution and fish diseases.

ATLAFCO is an intergovernmental organisation founded in 1989, gathering 22 countries in Africa, stretching from Morocco to Namibia.

The main objective of ATLAFCO is to ensure effective and active cooperation between member states for the preservation of fishery resources and the sustainable development of fisheries in the African region.

The ATLAFCO Executive Secretary said IUU fishing destroys communities, particularly those along the coast, leading many coastal populations to lose their economic opportunities and livelihoods.

For him, IUU fishing was putting the livelihoods and nutrition of millions of people on the continent at risk, hence calling for urgent actions and tools to fight the scourge at national and regional levels.

Mr Benabbbou was of the view that IUU catch in African waters was very high, adding that the rising global demand for fish had made African waters a magnet for fleets from around the world.

For him, European trawlers remain the primary foreign presence, but fleets from China, the Philippines, Russia, South Korea and Taiwan have also expanded in recent years.

He observed with concern that the African Continent annually “loses US$1.3 billion worth of fish to illegal fishing.”

Mr Benabbbou said the Moroccan government through ATLAFCO was determined to assist African countries with her experts to help with the fight against IUU on the continent, particularly in the ATLAFCO member states.