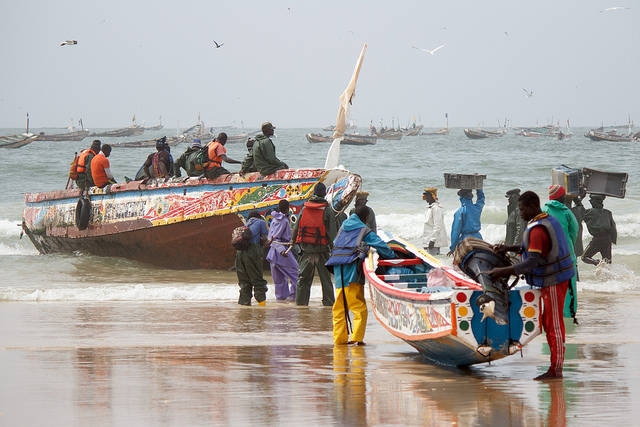 Photo by Toon van Dijk Due to increasingly meager catches, many traditionalist fishermen in Senegal and other countries along Africa's west coast seek out better employment in Europe or try to survive by adopting alternative livelihoods like hunting ocean bushmeat.