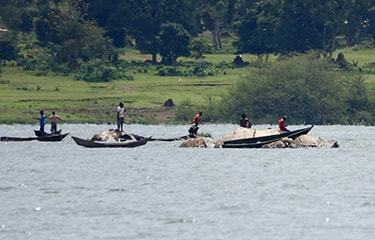 Uganda and Tanzania have each reported increased fish production in the last three years, supported by improved enforcement of targeted fisheries and aquaculture regulations, tougher measures to curb illegal fishing, and the country’s efforts to address challenges caused by poor quality fish seed and aqua feeds.

Uganda and Tanzania share a border along Lake Victoria, the largest lake in Africa and the third largest by area in the world and a large source of production in the countries’ fisheries. Uganda’s Finance minister Matia Kasaija and his Tanzanian counterpart Philip Mpango outlined in their respective 2020/21 national budget speeches on 11 June, the performance of the fishing industry in their countries, with Uganda reporting a 43 percent surge in production to 561,000 metric tons (MT) between 2017 and 2019.

“Fish catches have grown from 391,000 metric tons to 561,000 metric tons between 2017 and 2019, largely as a result of the strict enforcement of fisheries regulations and addressing challenges of poor-quality fingerlings and limited access to feeds,” Kasaija said.

Uganda, with nearly 20 percent of its surface area under water due to the large lakes in the country, has implemented several regulations in the past five years meant to shore up the performance of the fisheries and aquaculture sector – including the gradual introduction of newer technology in fisheries management.

The landlocked country, with nearly 50 percent of its population depending on fish for proteins, is also in the last phase of approval of its Fisheries & Aquaculture Bill 2018 – strengthening current regulations on management of commercial fish production, sales, post-harvest handling, fish transportation to ensure quality, surveillance, and control.

In Tanzania, Mpango said fish production in the country grew by nearly 16 percent to 448,467 MT by the first quarter of 2020 as the government reported achievements in the fisheries and aquaculture sector, including improvement in the management of the fisheries resources.

He also said the value of Tanzania’s fish exports went up by nearly 83 percent to TZS 692 billion (USD 298 million EUR 264 million) in 2019 as the government launched the revamping of the Tanzania Fisheries Corporation, a State firm promoting the fish trade in and out of the country.

“The government has continued to promote investment in aquaculture and has increased the fish farmers from 18,843 to 26,474 in 2020,” Mpango said.