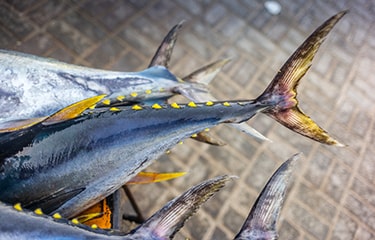 South Africa has joined 15 other countries, all members of the Indian Ocean Tuna Commission (IOTC), in calling for implementation of a proposal for allocation of fishing rights for tuna and associated species to promote fairness, equitability, and transparency.

South Africa’s Department of Agriculture, Forestry, and Fisheries (DAFF) submitted three proposals regarding the IOTC area of competence for discussion during the IOTC’s 23rd annual session meeting, a five-day event which got underway in Hyderabad, India on 17 June.

These proposals include the chartering of vessels and the licensing of foreign vessels fishing for IOTC species, together with access agreement information and the crafting of an interim plan to rebuild the diminishing Indian Ocean yellow tuna stock, according to a statement released on 13 June.

The proposals, which have the backing of 16 countries under the grouping G16, are aimed at enhancing incomes and food security and protecting the interest of fishers and seafood industry workers, in addition to enabling coastal communities to have “preferential access to traditional fishing grounds and resources under their national jurisdiction.”

“The discussion of this proposal is long overdue, in particular given the levels of overfishing of the yellowfin tuna stock in the Indian Ocean and a clear indication of the ineffectiveness of the current management regime,” DAFF said.

Limiting or reducing catches of the overfished yellow tuna by large industrialized fleets cannot be done by capacity limitation or “vague measures requesting countries to limit their catches” but “must be done via an allocation of fishing rights,” according to DAFF.

Siphokhazi Ndudane, deputy director general of the DAFF and head of South Africa’s delegation to the IOTC, has also called for the review of fishing in the exclusive economic zones (EEZs) to give coastal states priority and to reduce risk of exploitation by vessel flag states.

The catch history in EEZs to the flag state of the catching vessel is an inequitable solution, which threatens the sovereign rights of coastal states to their waters,” Ndudane said. “The notion that a vessel’s flag state should be given guaranteed future access to another nation’s tuna resources simply because they ‘rented’ access for a short period, contradicts international fishery management frameworks such as the FAO Code of Conduct for Responsible Fisheries.”

Trian Yunanda, director of fisheries resource management from Indonesia’s Ministry of Marine Affairs and Fisheries and head of delegation to the IOTC, agreed that the allocation system should be reformed.

“Developing a fair and equitable allocation system for the Indian Ocean tuna fishery, which places the rights and aspirations of coastal states over distant-water fishing nations, should be an urgent priority for anyone committed to supporting the sustainable development of coastal states and halting the race to overfish their waters,” he said. “Resolution of this issue has been postponed for far too long and significant progress towards an equitable outcome must be made at June’s IOTC meeting in Hyderabad.”