Nigeria: Inside tilapia farm where ‘sex reversal’ is done in 4 weeks 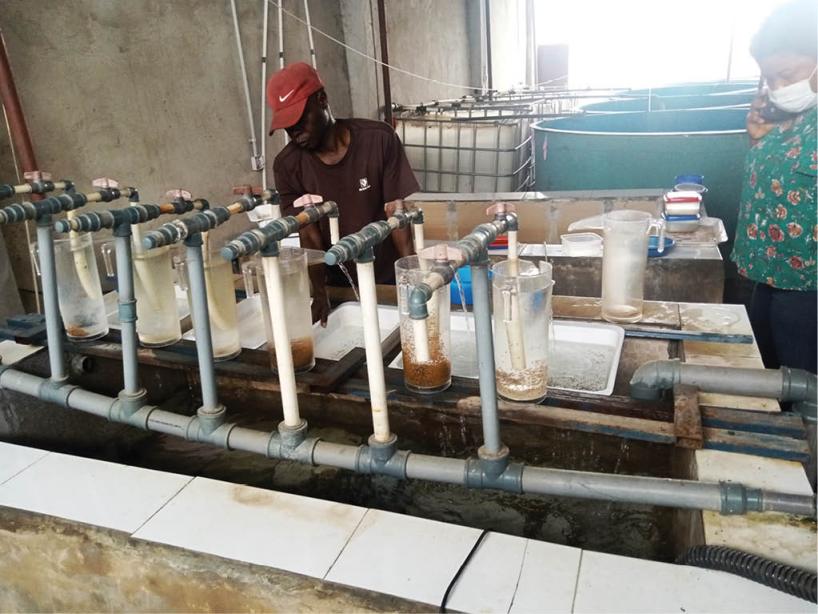 Until recently, there was no dedicated tilapia farm or hatchery in the northern part of the country whereas there are thousands of farms and hatcheries breeding catfish in the south.

But one of the farmers, Alhaji Hassan Mundu, who for 25 years has been involved in various aspects of agricultural production, is changing the narrative with the establishment of the first tilapia hatchery and training centre in the north.

Mundu’s childhood dream was to be a key agricultural producer. His story, meanwhile, is not rosy, but one of resilience, patience and learning.

Daily Trust visited his Myra Fish Centre at Gora town where the hatchery is located at kilometre 10, along Abuja-Keffi expressway in Nasarawa State, to watch and listen to him tell his story of the years of learning and seeking knowledge on fish production.

Saturdays are usually very busy days on the farm with nine workers, most of them graduates. Harvesting the tilapia eggs and separating them according to stages for hatchery, requires expertise.

In his farm, some of the tilapia broodstocks (adult fish used for breeding) came from Asia while others are sourced locally.

The hatchery is equipped with technology that enables the farm to reverse the sex of the fingerlings to all-male tilapia within 28 days. But the hatching of the eggs itself takes five days.

The male tilapia grows bigger than the females. Farmers can raise their fish up to 1.2kg and above for profit with proper management.

He said this is an opportunity for young people to take advantage of because growing tilapia is cheap, adding that a farmer can have up to 40% profit margin compared to catfish.

In an earthen pond, tilapia can take care of itself if a farmer runs out of feed for a while, he said, but added that the size a farmer gets depends on feeds and feeding regime.

Mundu’s hatchery is already supplying fingerlings to some farmers including commercial farms that have commenced tilapia production across the country.

“In northern Nigeria, I can confidently tell you that this is the only standard tilapia hatchery now,” he said.

This reporter witnessed one of the well-equipped commercial farms, Blaid Farms, taking an order for 11,000 all-male seven weeks tilapia fingerlings from Myra hatchery.

Ms Onyinye, the manager in charge of the fish section of Blaid Farms, told this reporter that she raises their tilapia to 1.2kg in six months and gets orders from the western and eastern parts of the country.

Besides the hatchery, the centre has standard facilities for smoking, drying and packaging fish for the Nigerian market.

The smoking facilities can do three tonnes per batch, and the company is working to develop tilapia feed for smallholder farmers who might not have the capacity to buy expensive feeds.

Despite the remarkable development, the hatchery today faces a major hurdle: not many people are into tilapia production compared to catfish. Until that happens, his market size depends on the cultivation and consumption of tilapia, which experts say tastes better than catfish.

Asked if he considered the hatchery a success, Mundu said he wouldn’t call the farm a success yet, until they go beyond salary and the cost of running the facilities such as power, which remains a huge challenge. However, he is happy being in agricultural production.

As for advice for farmers, he said, “Before you go into any agricultural production, take time to acquire knowledge of the area you’re going into, otherwise you will lose money, and investment,” adding that “I went to Israel, Thailand and other places to acquire knowledge on this. It is very important.”

Driven by passion, Alhaji Hassan, who is now the coordinator, northern region for the Tilapia Development Association of Nigeria, is willing to help other farmers set up farms with tilapia fingerlings.