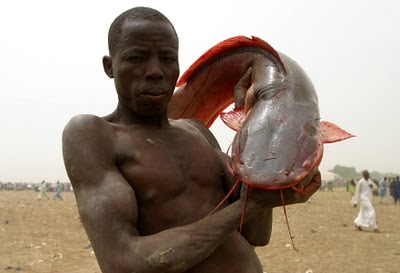 In 1934, the Sultan Hassan dan Mu azu Ahmedu visited modern Sokoto and the Argungu Fishing Festival was organized.  In his honor the great fishing festival was very quickly organized. Sokoto is one of the hottest cities in the world.  It is highly congested and polluted and is located in Northern Nigeria.

Don’t come to Argungu fishing festival expecting to see a few people lazily casting lines into the river. This is one of the more unusual events you’re ever likely to witness. Created as a peace-building contest between the people of Argungu and nearby Sokoto in 1934, the three-day festival culminates in an hour-long fishing frenzy, with up to 35,000 fishermen, teamed in pairs, plunging into the muddy Matan Fada River carrying hand nets and gourds for flotation. The pair that catches the largest fish in this bare-handed manner is the winner, claiming a prize equivalent to around US$8000 plus a minibus. In most years, fish exceeding 50kg in weight are pulled in from the river. In 2004 it took an 80kg catfish to make catch of the day. 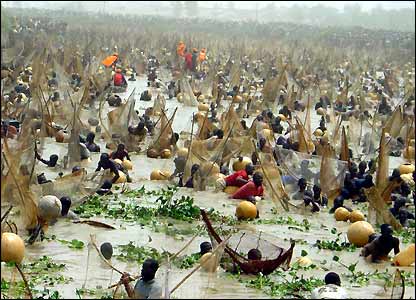