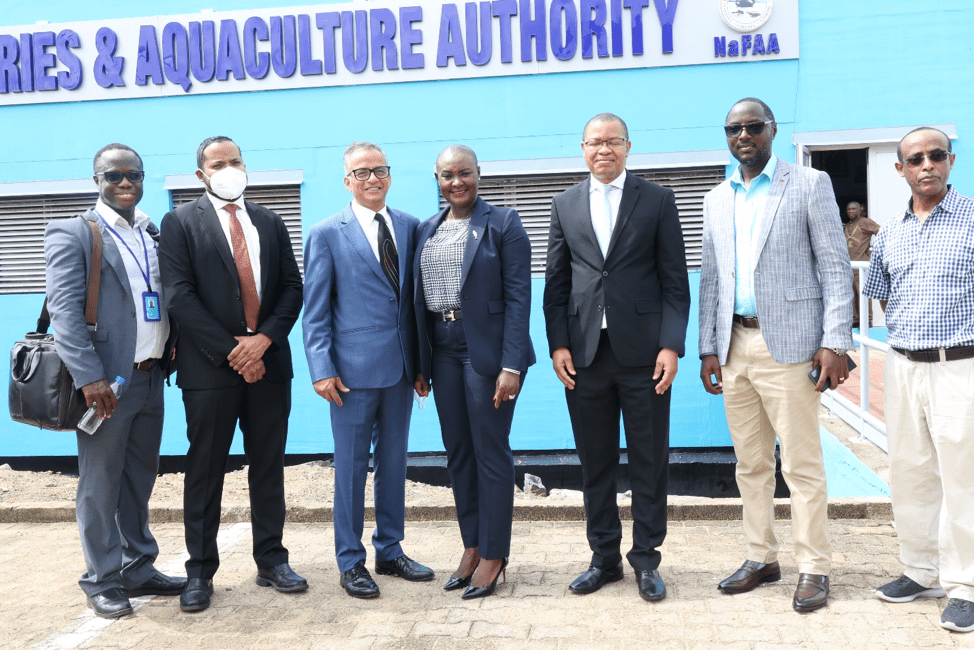 MONROVIA – A World Bank delegation on an assessment visit to Liberia has told the local media that the Liberian government has demonstrated a strong will in managing funds meant to improve the fisheries sector thus impressing the board of the bank to source additional resources for the sector.

Sanjay Srivastava, the World Bank Practice Manager on Environment, Natural Resources and Blue Economy for West and Central Africa, said the additional support in the tone of 20 million United States dollars was approved following commitment and assessment of a demonstrated will by the government through NaFAA to effectively manage fisheries.

“The additional 20 million was prompted by the promise assured by the government of Liberia that they can really grow the fisheries sector economy very well and so far they have shown leadership and motivation to really use the money effectively and they have laid out clearly a good agenda both on the investment side and the livelihood side as well as on the reforms side in terms of the changes they want to bring”.

Mr. Srivastava was speaking Monday May 16, 2022 at the technical office of the National Fisheries and Aquaculture Authority (NaFAA) when the World Bank team had gone there on a technical assessment.

Srivastava said he was pleased with the level of work the fisheries body was doing under the director generalship of Madam Emma Metieh Glassco, saying Liberia is one of those countries with a strong fisheries program.

“Liberia is one of the countries in Western-Central Africa we have a strong program and we are very delighted. This is my first visit to Liberia and I’m very excited to be here and very pleased to meet and work with Madam DG and her team, who are doing a very exciting job”.

According to him, the fisheries sector is being viewed as an important venture for enormous progress, and as such the World Bank’s interest is to see it elevated for the purpose of creating huge revenue potential for the Liberian government and not only for job creation.

“We see this project to help not only to create more jobs for the local communities and to grow the local economy, but also to grow more revenue potential for the government of Liberia”.

The 20 million announced is in addition to 40 million dollars earlier approved by the World Bank for the Liberian government through NaFAA, the project named and styled ‘Liberia Sustainable Management of Fisheries Project’. The objective of the Liberia Sustainable Management Fisheries project is to adequately manage and sustain the resources of the sector; strengthen the institutional capacity of National Fisheries and Aquaculture Authority (NaFAA); while strengthening the economy of the country by leveraging the proceeds from the sector to promote fiscal and macroeconomic stability.

With 60 million dollars, Srivastava is hopeful of a more vibrant fisheries sector, while describing it as a huge investment.

Earlier, World Bank Liberia country manager, Khwima Nthara said the presence of the bank was to assess potential for expansion of ongoing activities at NaFAA.

NaFAA Director-General, Madam Emma Metieh, led the delegation on a tour of sites identified for construction of both industrial and artisanal fisheries at the Mesurado Pier on the Bushrod Island, where NaFAA’s technical office is situated. A portion of the funding, according to the fisheries boss, will go towards the construction of landing sites for local or artisanal fishing folks, while a large portion will be used to construct an industrial fishing port at the Mesurado Pier near Coastal Guard base Bushrod Island outside Monrovia. A few departments were toured including the Fisheries Monitoring Center under the Monitoring Control and Surveillance Department. They later went on another guided tour to Clay in Bomi County, a community playing host to a hatchery. The World Bank portion of the World Bank funding would go toward its rehabilitation thus transforming it to institutional standard.  A hatchery is an installation or building in which the hatching of fish or poultry eggs is artificially controlled for commercial purposes. Before moving to the hatchery, the team visited the corporate headquarters of the fisheries management body at the Freeport of Monrovia.