How Women in Aquaculture can Contribute to Social Stability in Kenya 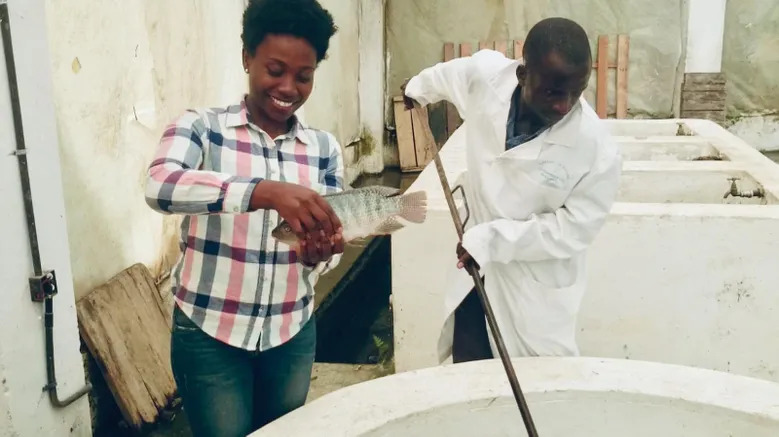 A continued question that is asked in international relations circles is how to create stability and growth in post-conflict societies. Often solutions revolve around how to increase governance, such as strengthening a federal style of government (as in Ethiopia), or the capacity-building of governors. Likewise, women’s roles in peacebuilding is an often-discussed aspect, particularly in Africa.

One area that has been overlooked, however, is how women’s roles in the aquaculture sector can provide a stabilising element in post-conflict areas. This is of particular importance in Kenya, where it is a critical sector for economic development and women’s decision-making. It affects security in four areas: peacebuilding, food security, human security and national security.

Women have always played a significant role in the aquaculture sector, operating in a range of activities relating to hatcheries, production, processing, trading, and marketing. However, their contribution to the sector is often under-recognised, with policy-makers often failing to realise the burden it puts on them. This comes despite the encouragement of the United Nations’ Agenda 2030 and Sustainable Development Goals for equal rights and opportunities for women.

Seventy-five percent of the Kenyan population involved in the agriculture sector, for example, are women. Yet, individual women in Kenya own only one percent of the land

Seventy-five percent of the Kenyan population involved in the agriculture sector, for example, are women. Yet, individual women in Kenya own only one percent of the land, while those in groups own about five percent. Yet, this has not discouraged women from embracing the business of fish farming. Through table-banking, such “chamas” (a round-robin system of saving and lending money), women have been empowered to invest in the aquaculture sector, particularly in processing and trading. The sector has had some success in improving women’s economic empowerment, which can lead to overall economic recovery, strengthen governance, and assist peacebuilding, as a Swedish International Development Cooperation Agency report has explained. It is clear that gender is an important factor in encouraging the sustainable development in Kenya.

In post-conflict areas, the sector can provide an opportunity to promote not just a growing economy, but also a way for women to contribute to a sustainable peace in both the domestic and civic spheres. For example, after post-election violence in Eldoret (among other areas) in Kenya in 2007-2008, the national government sponsored the Economic Stimulus Program, which included an element of aquaculture. Similarly, the Aquaculture Business Development Programme (ABDP), partially funded by the International Fund for Agricultural Development (IFAD) and implemented by the Government of Kenya, is continuing to promote women and youths in its agenda by providing them with loans to start their own businesses. Fish farming is now a key part of the growing economy of the region. It is also a major part of some women’s economic independence, which aids in their social, environmental and political participation, therefore adding to the nation’s overall stability.

Aquaculture also assists peacebuilding and stabilisation efforts by improving food security, as the Food and Agriculture Organization (FAO) of the United Nations has pointed out. Food security helps build peace by preventing further conflict over resources that may be scarce – such as occurred in the Kenyan post-election violence. Considering the level at which women work in the sector – accounting for about 70 percent of the workforce – their role in the improvement of food security is critical. This can be aided by encouraging more women to participate in the aquaculture sub-sector. Aquaculture has become one of the fastest growing food producing sectors in the world, contributing greatly to food availability and fish consumption globally. Women who were previously employed in processing can be supported in beginning their own fish outlet centres, for example through micro-loans, thus improving their nutrition, livelihoods and food security.

In many visits to Lake Victoria as part of my work in implementing projects for the Aquaculture Association of Kenya (AAK), I engaged with various women who’ve started cage culture farming businesses as a way to promote food security and improving economic opportunities in the area.

Cage culture farming can also be seen as a possible solution to the problem of overfishing, as increased reliance on the sector can give wild fish stocks and shared resources time to repair. This is something critically important given threats to fish stocks from both domestic and foreign fisherfolk, especially coming from Chinese fishing fleets. However, domestic fisheries and aquaculture are faced by the dual threat of the aforementioned fishing fleets, but also from Chinese traders flooding the market with frozen tilapia, making it more difficult for domestic fisherfolk and fish farmers to sell their fish and compete with the Chinese prices. This particularly harms small-scale fish farmers. The possible threat of overexploitation of the resource or a devaluation in the domestic fish market can be seen as contributing to a national and regional insecurity, in addition to the damage it can do to regional food security.

Finally, the sector can support human security as the aquaculture sub-sector expands. By growing the number of men, women, and youths working in aquaculture, a similar drop in overfishing by domestic fisherfolk can be seen. This could occur either through government programmes to encourage fishermen on Lake Victoria, for example, to shift to cage aquaculture and supporting them through the transition, or by the adoption of policies. Likewise, the growth of the sector will also lead to more women and youths employed in processing or trading.

For example, Mary Onyango, a fishmonger in Nairobi, stated that “having fish in the cage has helped me improve my business”.

She owns several cages in the lake where she has also employed three youths to manage and protect the cages while she’s away. Through cage culture farming, she improves not only her own livelihood, but also those of local youths. This shift to cage culture can lessen problems of overfishing and therefore the conflict for fish, particularly around Migingo Island in Lake Victoria. Likewise, by encouraging and supporting pastoralists and sedentary farmers in Kenya to participate in aquaculture, it can reduce the conflict over grazing rights and ethnic clashes that mostly happen during rite of passage ceremonies, like weddings in the Nandi and Maasai communities. The aquaculture sub-sector can contribute greatly to human security in conflict-prone areas.

The expansion of the aquaculture sector, particularly increasing women’s participation, can act as a more stabilising element for post-conflict areas in countries such as Kenya. As has been shown, women in fisheries and aquaculture cannot be overlooked with regards to security. Food security is an important part of the sector’s contribution, which helps prevent conflict over scarce resources. Likewise, women’s roles in the sector contribute to the overall peacebuilding – as women’s increased economic independence brings more political participation and peace.

Through encouraging more women’s involvement, as well as men and youths, in the sector, overfishing can also be reduced: the more people become involved in fish culture, the less unsustainable fishing should take place. This also helps prevent the loss of biodiversity. Finally, an expanded sector can help prevent future conflict by offering economic and environmental stability. Overall, women’s roles in the industry offer an intriguing possibility for stabilising post-conflict areas.