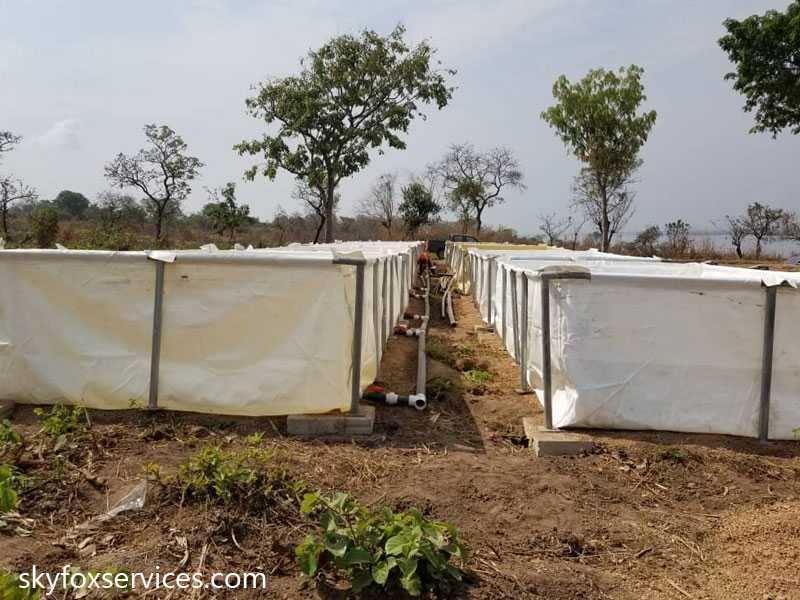 Skyfox Limited, investors in agriculture through its Integrated Aquaculture and Crop Production programme, has constructed 50 fish ponds for farmers in Kete- Krachi in the Krachi East Municipality.

The programme funded by the USAID was aimed at creating jobs for the people and it formed part of the government’s ‘Planting for Food and Jobs’ and the ‘One District One Factory(1D1F)’ programmes.

The three-year program is being implemented in collaboration with the Afram Plains Development Organization (APDO).

During a visit to the project sites, Mr Patrick Apoya, the Chief Executive Officer (CEO) of Skyfox, said out of the 100 fish ponds promised under the project, 50 have already been provided and each takes up to 1,500 fingerlings.

He said aside the rearing of fishes by some farmers, others have ventured into vegetable production such as onions and tomatoes.

He said a solar system has been introduced to the farmers to help pump water from the Volta River into the ponds and to as well provide electricity to be used at the site.

This, he said was to ensure the production of food and fishes all year round.

Mr Apoya said the project aims at making Dambai and it environs the hub of vegetables production, hence the extension of the program to the area.

He said one can join the program by buying shares in Skyfox Limited at the minimum cost of GH¢100.00 at 2 0 per cent profit and urged the youth to take advantage of the project to venture into agriculture.

Mr Apoya pleaded with the Krachi East District Assembly to help construct the eight kilometre road leading to the project site and extend electricity to the area to ensure the success of the project.