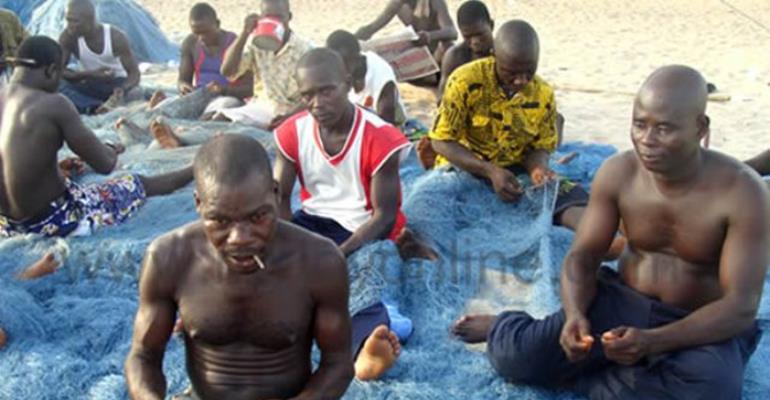 Neenyi Kojo Tetteh III, Odikro of Sankro a community in Effutu Municipality has appealed to government to put in place measures to drastically deal with fishermen who use chemicals for fishing expedition once and for all.

He said, many people were worried about the continuous use of chemicals by some fishermen in their works, despite pieces of advice and warnings given them.
Neenyi Tetteh III made the appeal in an interview with the Ghana News Agency at his palace at Effutu Sankro.
According to him, thousands of people could die slowly if the practice was not stopped as they could eat contaminated fish and suggested to government to be bold to wage war against fishermen who indulge in such practices.
He said the negative effect of the usage of chemical for fishing also posed threat to the fishing industry, saying policy makers should ensure that laws governing fishing were strictly enforced to arrest and prosecute perpetrators to deter others.
The Odikro stated that due to this uncalled behaviours, now are days the fishermen have to go far before they could catch fishers as compared to years back and that action should be taken now to stop this canker.