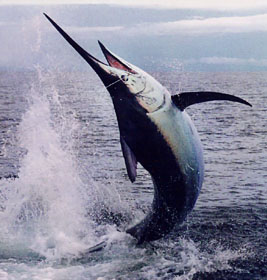 The Minister of Food and Agriculture, Mr. Kwesi Ahwoi, has warned that any fishermen caught smuggling pre-mix fuel to neighbouring countries like Togo and Cote D’voire for sale will face the full rigours of the law.

He said the heavily subsidized fuel was being paid for by tax-payers to ease fishermen of the heavy financial burden associated with fishing expeditions, all in a bid to improve upon their living standards and not for a few to enrich themselves.

Mr. Ahwoi was presenting 280 outboard motors made available by the government through a Japanese grant for fishermen in the Central Region at subsidized prices to help boost the fishing industry and achieve the vision of the Ministry to achieve food security in the country.

The ceremony attended by chief fishermen from Biriwa, Moree, Kafodzidzi, Komenda, Efumfi, Saltpond Nankesedo, Nyanyano and Egyaa, saw the crowning of Mrs. Bertha Sogah, Chief Executive Officer of MASLOG, as the “Konkohemaa” (an astute businesswoman) under the stool name Nana Gyahima I, for her invaluable contribution to the growth of the fishing industry.

She was adorned with gold jewellery and kente cloth to match.

The Minister asked the fishermen to ‘police’ one another to stem the practice in order not to collapse the fishing industry due to the activities of some few selfish ones who are only interested in their personal gains to the detriment of the entire fishing community.

He said the National Democratic Congress (NDC) Government will not renege on its promises to improve upon agriculture to better the lot of the fishing communities and farmers in general.

Consequently, GH¢200 million have been earmarked for the construction of landing beaches along the country’s coastal stretch to boost the fishing industry.

Elmina will also benefit from a fish factory that will process fish as well as a cold storage facility.

He indicated that for the first time in 35 years, the Government acquired four new boats to enable the Ghana Navy undertake surveillance on the country’s high seas to stem pair-trawling activities that has the potential of collapsing the work of artisan fishermen.

According to him, it had also acquired fishing nets among other fishing inputs which will soon be distributed to the fisherfolk on hire purchase, and urged them to stop negative activities such as the use of light and dynamite in fishing that will destroy marine life and pose danger to the health of the citizenry.

He asked the fishermen to support the Government for it to continue its good works of improving their living standards.

On farming, he said the government had acquired more than 150 combine harvesters after it inherited only four for the whole country, three-years ago, to help boost rice production.

Currently, the importation of rice had been cut by 30 per cent, Mr. Ahwoi revealed, adding that irrigation projects were being carried out throughout the country to enhance food production to help reduce the cost of food on the market.

Mrs. Sogah, thanked the entire fishing community for the honour done her and expressed her gratitude to them for recognizing her work.

She said the outboard motors which have been subsidized by the Government will be monitored by her office to ensure that they are used for the intended purposes or else anyone who fails to use it will be asked to pay the full market price.

She was of the hope that the support being given the fishing industry will help boost fish production in the country to create surpluses for export to fetch foreign exchange for the country.

Present at the ceremony was Mrs. Ama Benyiwa-Doe, Central Regional Minister, who the solicited the support of the fisherfolk to enable the Government continue with its good works.