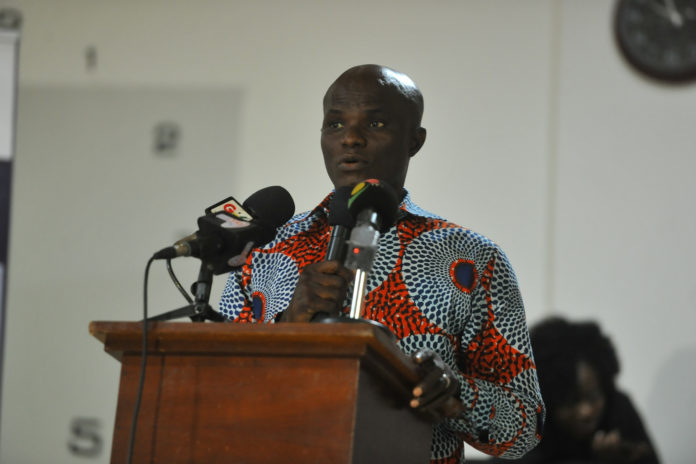 Mr Francis Kingsley Ato Cudjoe, Deputy Minister of Fisheries and Aquaculture Development (MoFAD) who gave the assurance said the fisheries and agriculture sectors were crucial to the local economy as they provided direct jobs and food for the country.

He explained that Ghana’s fisheries sector alone employed about 10 percent of the entire population, with two million jobs along the entire value chain.

The Deputy Minister said government would therefore resource and support the sector by expanding the next phase of the Aquaculture for Food and Jobs (AFJ), to create additional job opportunities.

Mr Ato Cudjoe was speaking at the second edition of the Livestock, Poultry and Fisheries Training and Tradeshow in Accra on Friday.

The two-day programme would provide a platform for livestock, poultry and fish farmers to showcase and promote their products and create job opportunities, through competency-based and targeted training sessions.

It was organised by Agrihouse Foundation, in partnership with the United States Department of Agriculture (USDA)-Ghana Poultry Project (GPP) and the Ministry of Food and Agriculture, on the theme: “Step Up.”

Last year, government, through the MoFAD rolled out the Aquaculture for Food and Jobs (AFJ) programme, as an initiative to train and support over 10,200 unemployed youth in fish farming.

Mr Ato Cudjoe said so far, the ministry had delivered 3,000 fingerlings and 235 bags of fish feed to the James Camp Prison Fish Farm.

“The policy will also support distressed farmers, second cycle institutions and other public institutions to set up new aquaculture establishments as well as rejuvenate existing ones.

“An estimated 7,000 additional direct and indirect jobs will be created and 33,628 metric tonnes additional fish will be produced,” he added.

He commended Agrihouse Foundation and partners for conceiving and implementing such a programme and assured them of government’s continuous support for national gains.

Mr Kwame Asiedu Attrams, General Manager in charge of Agribusiness, Agricultural Development Bank (ADB) said the bank had earmarked an amount of GHC500 million to revitalise the livestock and poultry sub-sectors of the economy.

He said the bank reckons the huge volumes and values of poultry products imported annually into the country.

To that effect, he said the bank had initiated the ADB Broiler Outgrower Scheme to help reverse the trend and to drive the country towards meat self-reliance. Mr Attrams urged Ghanaians to patronise local poultry to complement their nutrition value and to sustain the local supply.

Madam Alberta Nana Akyaa Akosa, the Founder and Executive Director of Agrihouse Foundation said the country’s livestock rearing had dwindled significantly over the past two decades.

That, she said, had resulted in the country spending a huge amount of its Gross Domestic Product (GDP) to input meat products to supplement that of the country.