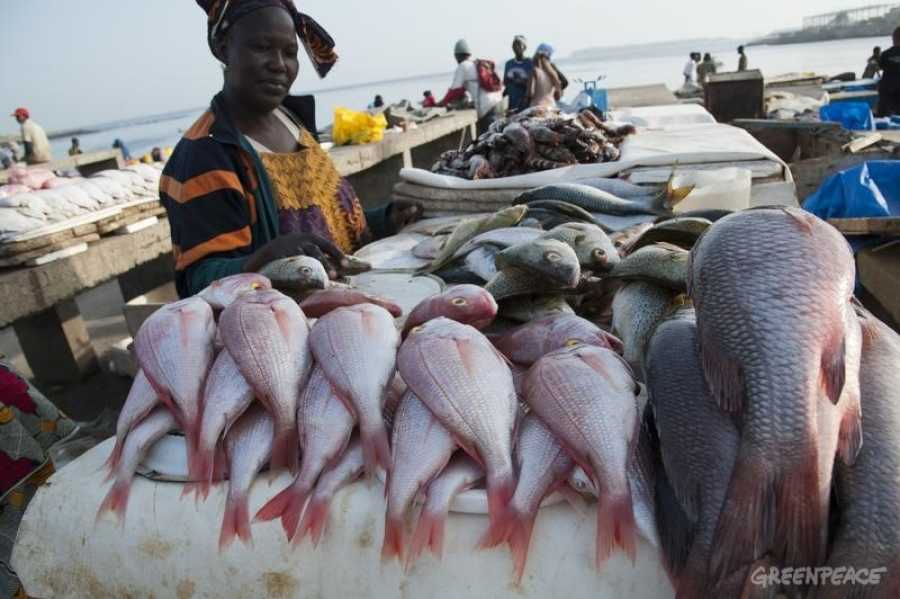 The National Association of Fish Processors and Traders, who deal largely in smoked fish, is warning of a significant increase in the cost of their products, in the coming days if government fails to take immediate steps to stop illegal fishing.

This, according to the association, is due to them having to source their fish at exorbitant cost from Sierra Leone because the ever dwindling catches of local fisher folks leave them with no other option.
“From local sources, the 30 kilo pack for example, goes for between GHS10 and GHS15. But the imported ones from Sierra Leone cost as much between GHS120 and GHS140. That difference and other costs for firewood and transportation we will naturally be passed on to the consumer.” Mrs Regina Solomon, President of the Association told Goldstreet Business.
Fish is said to be disappearing in the country’s waters, at an alarming rate, due to wasteful methods employed by local fishermen in catching the fish.
The problem has also been compounded by the escalating illegal activities of foreign fishermen, especially Chinese and other Asians, operating in Ghana’s territorial waters. Their methods include pair-trawling, which leaves nothing for local fishermen.
This has resulted in the importation of up to 60 percent of the fish consumed.
The last stock survey, conducted in April 2016 by the Fisheries Ministry, revealed that sardines, the dominant fish stock, are disappearing from Ghanaian waters.
The processers add that herring, which is also dominant during the country’s bumper harvest season, beginning from July 24 through to September, are also disappearing.
“For about five years now we haven’t had a bumper harvest. We didn’t get enough herring to process. Not even the red snapper (tsile) the Gas to use for Homowo; they’ve all disappeared,” Madam Solomon lamented.
The Association made up of 4,700 members, with 130 of them men, complain that hundreds of members have had their businesses collapse due to the high costs they have been incurring lately.
Madam Solomon added, “when you go to Elmina in the morning you will get fish but they are very expensive. The fishermen spend a lot but don’t get enough fish and so have to increase the prices to make up for the cost. A lot of people have parked their boats. I have parked my two canoes and three boats. Members can’t pay their debts and school fees of their wards.”
Government has adopted several measures over the years to deal with illegal fishing but that is yet to curb the practice.
It has, among other measures, set up an inter-ministerial committee to check activities of unregulated and illegal fishing.
Also, President Akufo-Addo announced, last month, that government is discussing plans to acquire a fishing research vessel to monitor and address illegal fishing in the country.
But the processors say without firm commitment and the political will, the situation will remain the same and they fear the industry will collapse in the next few years.
“Those engaged in illegal fishing should be arrested and prosecuted. The fisher folks threaten government of not voting for them if they force policies on them and government is always scared. This government should not act as the others, it should fight just as it is doing for Galamsey else we will lose the industry in the next couple of years,” Madam Solomon urged.
The Association is also asking government to institute a breaking period to allow the fish to breed to increase catch.
“When you go to Tanzania and Senegal for instance, they have a three months break and so when you cast your net just two meters into the sea, you will get fish. But here we fish all year round and we don’t even adhere to the traditional Sundays and Tuesdays ban on fishing.” Madam Solomon stated.
By Nana Oye Ankrah