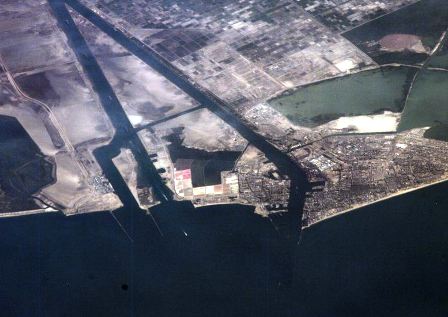 Minister of Transport Galal Mustafa said the government approved a project to dig a side canal to East of Port Said harbor.

Port Said lies to the Northern entrance of the canal and is considered one of the most important Egyptian ports, due to its distinctive location.

Port Said is also an important harbor for exports of Egyptian products like cotton and rice, but also a fueling station for ships that pass through the Suez Canal.

It thrives on being a duty-free port, as well as a tourist resort especially during summer.