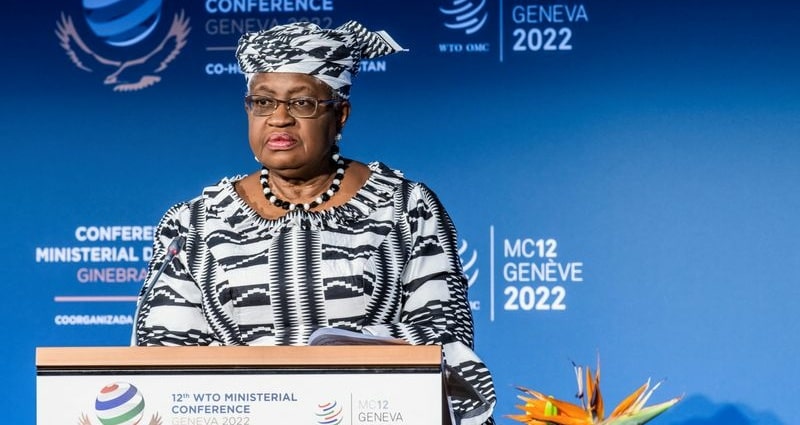 Abidjan, June 17, 2022 (AIP)- The members of the World Trade Organization (WTO) sealed, Friday, June 17, 2022, a series of agreements related to food insecurity created by Russia, the elimination of subsidies that facilitate illegal fishing, or even the temporary lifting of patents that protect anti-COVID vaccines.

Meeting for five days in Geneva, the Trade Ministers of the 164 Member States of the Organization adopted a set of six agreements which fall within the framework of the 12th Ministerial Conference, report international media.

It is “an unprecedented set of results. It has been a long time since the WTO has achieved so many multilateral results. The results demonstrate that the WTO is capable of responding to the emergencies of our times,” WTO Director Ngozi Okonjo-Iweala told the ministers.

“The package of agreements you have reached will make a difference in the lives of people all over the world. The results demonstrate that the WTO is indeed capable of responding to the urgencies of our times,” she continued.

The conference aimed not only to tackle the food insecurity created by Russia, but also to remove subsidies that facilitate illegal fishing and empty the oceans, let ever temporarily the patents that protect anti-Covid vaccines or even reform the WTO itself.

The temporary lifting of patents on anti-COVID vaccines, to allow developing countries to produce and export them, has divided the WTO since the start of the pandemic and aroused virulent criticism from lobbies but was finally adopted.

Many observers have widely welcomed the agreements reached, which should give new impetus to the WTO, weakened by former US President Donald Trump by limiting the organization’s ability to intervene in trade disputes, according to the media.