Angola: A crisis in the water is decimating this once-booming fishing town 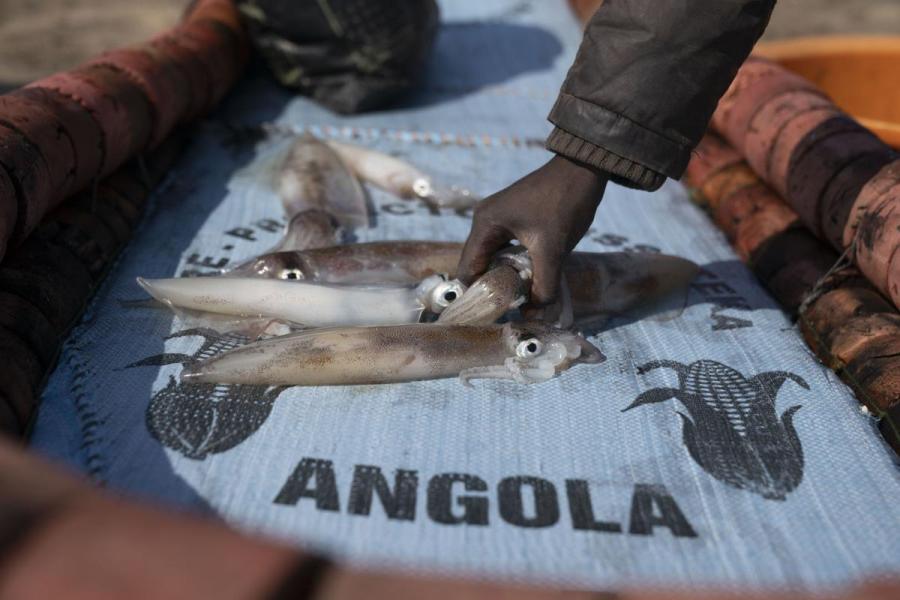 TOMBWA, Angola – His ancestors were Portuguese colonialists who settled on this otherworldly stretch of coast, wedged between a vast desert and the southern Atlantic. They came looking for the one thing this barren region had in abundance: fish.

By the time Mario Carceija Santos was getting into the fishing business half a century later, in the 1990s, Angola had won independence and the town of Tombwa was thriving. There were 20 fish factories strung along the bay, a constellation of churches and schools, a cinema hall built in art deco, and, in the central plaza, massive drying racks for the tons upon tons of fish hauled out of the sea.

Since then, Tombwa’s fortunes have plummeted; Santos’s factory is one of just two remaining. The cinema hall is shuttered. Kids run around town barefoot instead of going to school. The central plaza is overgrown by weeds, its statue of a proud fisherman covered in bird droppings.

“Six or seven species have disappeared almost entirely from here, sardines and anchovies included – the ones these factories were made for processing,” Santos said in his office, after inspecting the day’s catch.

“We’ll just have to close shop at some point.”

The gradual disappearance of fish is a death knell for Tombwa, a town of 50,000 that has little else to offer residents. The approaching bust is the result of three powerful forces: Fish are suffocating in oxygen-depleted waters, huge foreign trawlers are grabbing what’s left, and the water is heating up far more rapidly here than almost anywhere else on the planet.

Sea temperatures off the Angolan coast have warmed 1.5 degrees Celsius (2.7 degrees Fahrenheit) – and possibly more – in the past century, according to a Washington Post analysis of National Oceanic and Atmospheric Administration data.

In recent years, multiple studies have identified the waters along Tombwa’s coast in particular as a fast-warming hot spot: In one independent analysis of satellite-based NOAA data, temperatures have risen nearly 2 degrees Celsius (3.6 degrees Fahrenheit) since 1982. That is more than three times the global average rate of ocean warming.

Ocean warming in key hot spots around the globe – from Canada to Japan to Uruguay, where temperatures have risen 2 degrees Celsius (3.6 degrees Fahrenheit) or more – is disrupting an array of fisheries, including lobsters, salmon and clams, The Post’s reporting has found.

The impact is especially acute in Angola, among the most vulnerable countries in the world to climate change, even though the entire country’s carbon dioxide emissions amount to about 0.1% of the world’s output each year.

The warming ocean temperatures compound the effects of two other ecological catastrophes playing out in this southern African country of 30 million: Illegal fishing depletes the ocean of tens of thousands of tons of fish each year, and increasingly oxygen-poor seawater makes coastal areas inhospitable to a diversity of marine life.

Fisheries data from the southern coast of Angola, a country wracked by civil war until the mid-2000s, is sparse. But a number of species integral to the area are being hard hit by the disruptive consequences from this triple threat:

– A species of fish critical to subsistence fishermen in Tombwa, the blacktail seabream, is losing its ability to reproduce here as waters warm: Its reproductive output is estimated to have declined by 20% per decade over the past 30 years. Instead, the fish are moving south, to cooler waters, according to a study by Warren Potts, a marine biologist at Rhodes University in South Africa.

– The dusky kob, a massive fish that can grow over six feet long and is popular with anglers in southern Angola, is also shifting southward, sparking a bizarre evolutionary event: Two kob species that had been separated for some 2 million years have reconnected and are interbreeding, Potts has found. That development implies that warming levels here may have breached a new threshold.

– Beyond the southern coastline, a species key to the Angolan diet has been disappearing from the country’s waters: Cunene horse mackerel levels in the region dropped from an estimated 430,000 tons in 1996 to 137,000 tons in 2013, a “historic low and critical level,” according to a technical report written to help Angola manage the species.

Ultimately, unchecked warming could also cause Angola to lose 20% of its fisheries, according to a recent study by Rashid Sumaila, an oceans expert at the University of British Columbia in Canada. The projection uses ecological and economic modeling to determine what could happen to fisheries if countries fail to cut emissions.

Oceans are complex ecosystems, and marine life is highly sensitive to even the slightest shifts in temperature and oxygen levels. Potts, who is alone in studying the warming near Tombwa firsthand, says the chain reaction the changes will wreak here is hard to predict – but almost inevitably dire.

“Imagine that one species of fish is able to adapt to the warming, but it so happens they’ve evolved to only eat another species that wasn’t able to adapt. Then what?” said Potts, 45, an avid fisherman who, like many South Africans, was initially drawn to southern Angola for its legendary angling.

Potts and his team of postgraduate researchers travel to southern Angola at least once a year. They don scuba gear and dive to collect sensors that take the temperature of the water.

Angola lacks the capacity, especially in vulnerable fishing towns like Tombwa, to adjust or adapt to the drastic changes.

Tombwa’s inhabitants are mostly migrants from even poorer regions of a country that suffers from other climatic calamities, such as cycles of drought and flood. Even as factory jobs dwindle, along with the tonnages hauled and the sizes of the fish themselves, people continue to settle here.