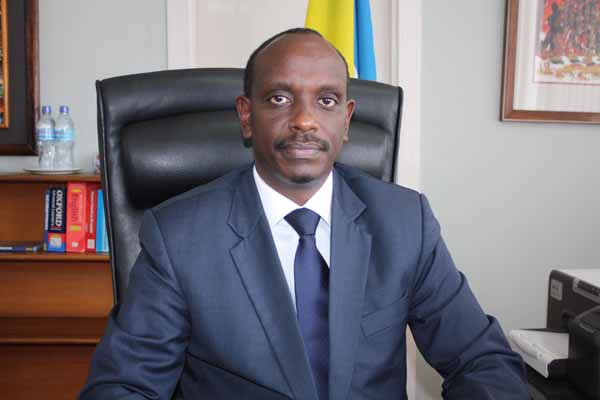 Three Ambassadors have presented their letters of credentials to the East African Community (EAC) Secretary General, Dr Richard Sezibera, nominating them as representatives to the regional block.

Dr Sezibera invited Turkey to invest in Lake Victoria, Africa’s largest water body shared by Tanzania, Kenya and Uganda, three of the five states making up the community. He said Turkey was committed to EAC and Africa in general as evidenced by opening up of 31 Embassies in Africa.

The Ambassador invited EAC to propose to Turkey areas of further cooperation. The Secretary General noted that with the entry of Turkish businesses including airline to EAC market, the relation with the bloc will grow from strength to strength. He invited various Turkish firms to come and invest in the abundant opportunities on Lake Victoria.

Mr Filiberto Ceriani Sebregondi, the Head of the European Union (EU) Delegation to Tanzania, earlier presented his credentials to the Secretary General as the new EU envoy to the EAC. Ambassador Sebregondi assured the Secretary General that he will be able to carry forward the already close relations that exist between  EAC and EU. He further assured EU’s continued cooperation and support to EAC.

The Irish Ambassador,  Mr Lorcan Fullam, who bore a letter of accreditation signed by the Minister for Foreign Affairs and Trade of the Government of Ireland, Mr Eamon Gilmore T.D. also officiated his position as the new Irish envoy to the regional bloc. The Secretary General said that the region was at a very exciting moment when it was fully implementing the Customs Union and moving towards the establishment of a single customs territory, implementing the Common Market Protocol and negotiating the monetary union.

Dr Sezibera also briefed his guest on the roles of the Organs of the EAC in the integration process as well as progress being made in the EAC-COMESA-SADC tripartite arrangement.The EAC Secretary General noted that the presentation of the numerous accreditations is setting a new stage in the formal relationship between the foreign countries and Development Partners with the community.

“It now puts in place the necessary diplomatic legal framework that will consolidate and open up a bigger space for trade and economic development between the regional bloc and those countries,” said Dr Sezibera.