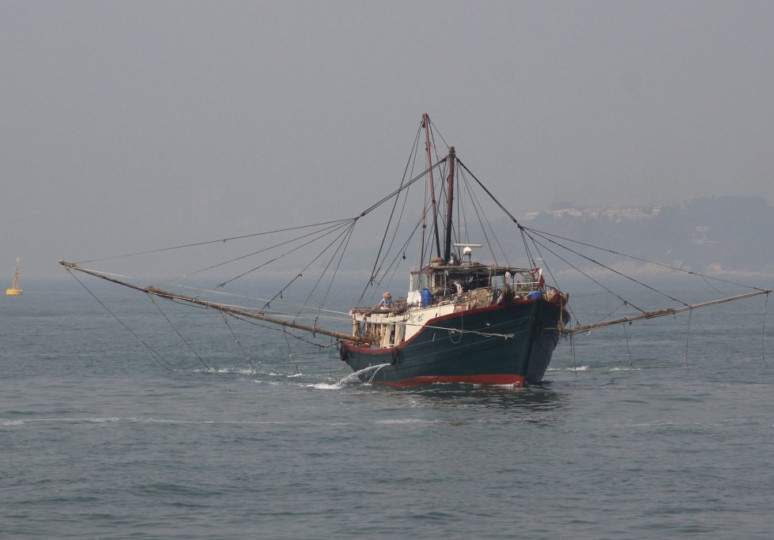 Oceana, the world’s largest ocean protection and support organization, has released a damning report indicating how some European countries have been authorizing their vessels to carryout illegal fishing activities in African waters.

In a statement sent to Face2Face Africa, the organization says four European countries have been fishing unlawfully in the waters of The Gambia and Equatorial Guinea.
According to the report, Greece, Portugal, Italy and Spain gave private fishing companies and individual vessels authority to access the African waters in a clear breach of EU laws.
“Oceana’s findings show that even vessels from countries with strong legal frameworks, such as those within the EU, can engage in unlawful practices,” the report reads in part.
“We are happy that the EU has just passed a new regulation that will help ensure the transparency of all fishing activities outside EU waters, and which calls on the rest of the world to follow suit.”
The organization also hopes the new regulation will compel other countries to come up with laws and control measures to ensure their fishing vessels don’t engage in unlawful activities.
European vessels fishing on high seas have often been accused of extending their activities beyond their territories.
However, under the current EU access agreement, commonly referred to as Sustainable Fisheries Partnership Agreements, European distant vessels are allowed to fish around the world.
Oceana insists that this distant water fishing by EU’s fleet often happens in developing countries’ waters, especially those on the West and East African coasts. It further reveals that these vessels contribute 28 percent of EU’s total catch.
Reports indicate that EU member states have authorized more than 23,000 fishing vessels to fish outside EU waters in the last nine years.
Appropriate Actions

Recent studies have shown that foreign vessels are rapidly draining West Africa’s fish stocks by combing the ocean with massive industrial trawlers to satisfy the growing Western and Eastern markets.
This blatant contravention of the law needs to be sorted out immediately and the necessary safeguards put in place to ensure African waters are well protected.
Oceana insists that governments must play their role in ensuring transparency at sea through compulsory tracking of all fishing vessels and the publication of all fishing agreements.
The European Union must also ensure there is full implementation of the agreement reached in June 2017. This regulation was supposed to govern the activities of EU’s fishing fleet outside of its waters.
If implemented, the law will considerably enhance oversight of EU’s external fishing vessels and guarantee continued leadership of the EU in the governance of global fisheries.